The recent Steam Library update gave Valve’s videogame platform a fresh new lick of paint, replacing the previous UI with a new landing page and adding some other handy changes. However, if you’re more of a fan of the previous Steam Library UI, it looks like one user has the answer, with a tool that reverts it back in less than a minute.

YouTuber Zeen has posted a video (which you can check out below) explaining how to revert your Steam UI to the previous version in 30 seconds using a tool he’s created and uploaded to GitHub. The user says that tool, called RevertSteam, automates the process developed by user Leeson, shown in another video, and seems simple enough to use.

It appears that it works by installing relevant files into your Steam package folder, then re-launches the platform with the familiar, previous UI, at which point you’ll need click ‘patch’ on the RevertSteam program window to prevent Steam from auto-updating to the new version in the future.

Check out Zeen’s video showing the tool below: 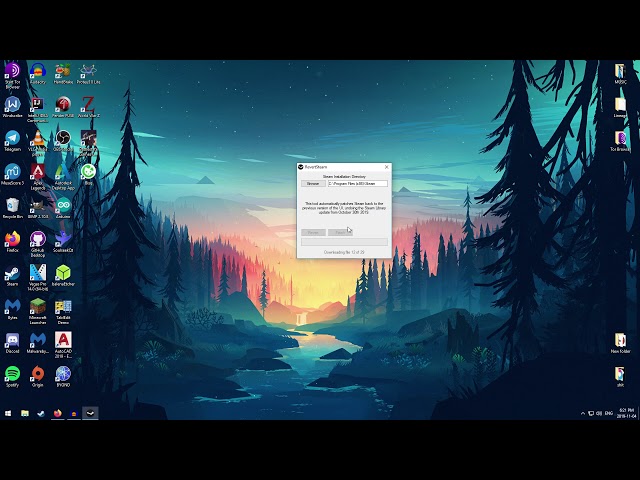 If you’re keen to return to the old(ish) days of Steam, Zeen has posted his RevertSteam tool on GitHub. As always, just be sure to proceed with caution when downloading and using a community-made tool.

Whichever version you prefer, you might find our guide to the best free Steam games Valve has to offer handy.