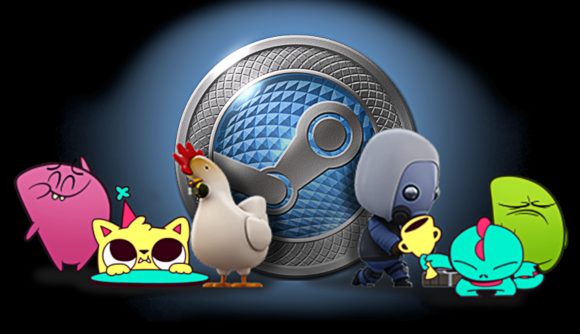 The Steam Summer Sale 2020 is here, and with, a whole new gimmick on the platform: Steam Points. This system is a permanent addition to Steam, and will not disappear when the sale ends. You’ll earn points for spending money in the store, and can use those points to purchase profile cosmetics or awards to bestow on community content, including user reviews.

You can also spend 300 points to bestow an award on a piece of community content. This’ll put a tag of, say, ‘deep thoughts’ or ‘hot take’ or ‘heartwarming’ on that content, and will bestow the recipient with an extra 100 points of their own to spend.

Awards can be applied to pretty much everything, including screenshots, Workshop items, and guides, but most notably you can apply them directly to user reviews. Valve isn’t clear on whether this’ll affect how certain reviews surface, but some of those awards could prove a way to sort through comedy reviews to the actually useful stuff. (That is, of course, making the very big assumption that the award system won’t be manipulated for the memes.)

Early leaks of the Steam loyalty system hinted that there would be discounts on games, too, but there’s no official indication in this release that those are coming. For now, there are plenty of free Steam games on top of the Summer Sale discounts if you’re looking to save a few dollars.