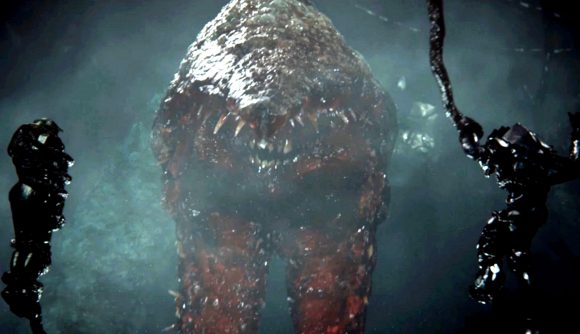 Fun fact: The Gravemind from Microsoft’s Halo series is voiced by Dee Bradley Baker, an American voice actor who also voices nearly the entire cast of The Bad Batch, as well as clone characters from other Star Wars properties like The Clone Wars and Jedi: Fallen Order. He also plays Variks in Destiny 2: Beyond Light.

Well, now you can have his gravelly, alien-hive voice accompany you in your conquest of space thanks to a new Stellaris mod that adds in Gravemind snippets from Halo 3. Lines such as “I am a monument to all your sins,” which is one of my personal top ten Gravemind quotes.

The lines perhaps lose a bit of their gravitas without the context of the music and visuals that compose the Gravemind scenes in the Halo games, but the words are still pretty epic. This would make an excellent companion mod for whenever you’re doing a gestalt Hivemind or similar empire run. It’s also worth pointing out that, according to the description, the mod only uses audio files from Halo 3, and not Halo 2 where the Gravemind first appears.

If you’re looking for other Halo-themed mods to spice up your game, we also recommend Sins of the Prophets, which includes a bunch of UNSC and Covenant ship designs.

Stellaris and all its expansions are currently discounted as part of Paradox’s ‘Midsummer Sale’ on the Paradox Store, which lasts until June 30.