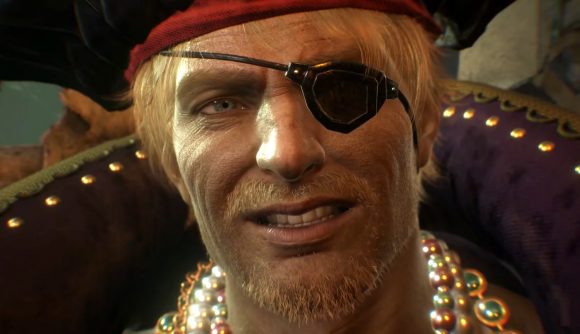 The latest trailer for Stranger of Paradise: Final Fantasy Origin – the action-RPG reimagining of the first Final Fantasy by Team Ninja, the creators of Nioh 2 – has revealed the game’s release date as March 18, 2022, but it’ll also be an Epic Games Store exclusive on PC. We’re still not getting a demo, either.

Square Enix revealed Final Fantasy action game Stranger of Paradise: Final Fantasy Origin at E3 back in June – which quickly became a meme thanks to main character Jack’s boring appearance and his obsession with the word “chaos”. It also got a PS5-only demo but was confirmed for a PC release.

During the publisher’s Tokyo Game Show stream, Stranger of Paradise got a new trailer that finally confirms the game’s release date for March 18, 2022 on all platforms – even last gen. Funnily enough, Jack now actually looks like a Final Fantasy character, and the word “chaos” doesn’t appear at all – although “darkness” gets a bit overused. It’s possible that Square Enix might have heard about the meme.

While previously Stranger of Paradise was reported as simply a PC release, now Square Enix has confirmed that the game will actually be an Epic Games Store exclusive – although it doesn’t say whether it will be temporary or not. There will also be a digital deluxe edition with the season pass. There’s also a new demo coming which PC players will once again miss out on – it’s for PS5 and Xbox Series X only.

Team Ninja’s Nioh is one of the best Souls-like games for PC and the recent Nioh 2 is excellent too, so hopefully the developer can work similar magic on the Final Fantasy franchise. All we care about is that there seems to be a pirate boss and Jack horribly murders an innocent Cactuar.