Nioh 2 has been out on PlayStation 4 since March of last year, but this February marks its debut on our PC gaming rigs. Despite being a numbered successor, Nioh 2 is actually a prequel, set initially a few decades before the first game’s protagonist – William Adams – makes his way east in pursuit of a meddling sorcerer.

Unlike the original, Nioh 2 has players create a custom half-yokai nicknamed Hide, who soon befriends Tokochiro, a merchant peddling Spirit Stones, which are apparently worth a fortune. Soon your ‘Shiftling’ character becomes one of the vassals of Oda Nobunaga, one of the most famous leaders of the era, as he attempts to unify Japan. As in the first game, you’ll do this by exploring interconnected levels and killing off the yokai (monsters and demons) which infest them in Soulslike combat. This time around, though, there are more weapon types to master than the original, and powerful new techniques to use against new foes.

I’ve played a good chunk of the main campaign so far, but I also got the chance to ask Fumihiko Yasuda, the game director for Nioh 2 Complete Edition on PC, about the port’s development and what could be next for Team Ninja.

If you played the original Nioh on PC, the sequel builds on its foundations wonderfully. Perhaps the most impressive part is the character customisation, an oft-requested feature that, according to Yasuda, took over two years to create. “There were six members of the team primarily working on it, as well as many other Team Ninja staff”. 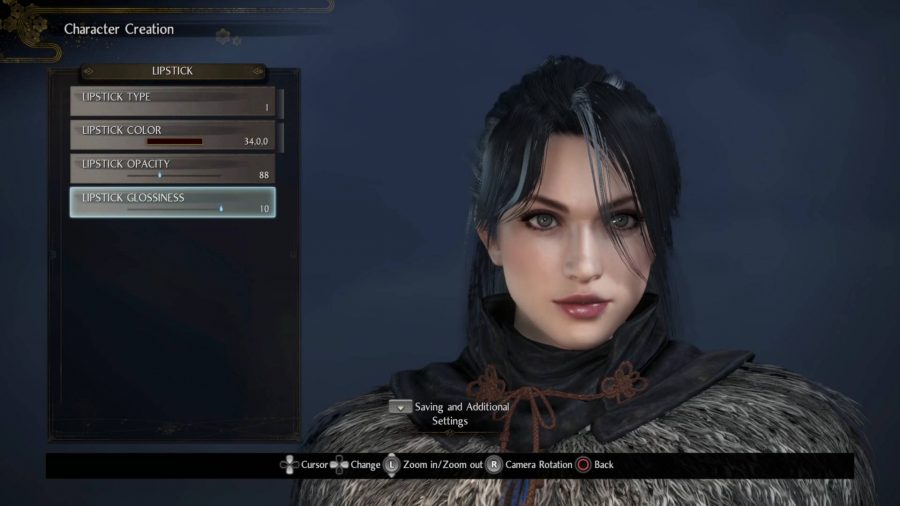 The Burst Counter is another new feature that I find extremely helpful during combat. Whenever an enemy uses an attack that causes them to emit a red light, I press a button combination as their attack lands in order to execute a devastating counter attack. It became one of my go-to tactics, but there’s plenty more in my toolkit.

Guardian spirits return from the first game and still unleash powerful attacks, but this mechanic has been greatly expanded. I can now fuse equippable Yokai Souls with a Guardian Spirit to access special moves. Activating the Guardian Spirit itself now turns my character into one of three types giant Yokai. Each one has different attacks, like the Feral yokai who is able to cave in enemy skulls with a big hammer, or the Phantasm yokai that cast spells to rip through enemies to pummel away at tougher foes. All these techniques are extremely powerful, but I use them sparingly, holding them in reserve for the tougher boss battles.

Related: Check out the best sword games on PC

Designing encounters to encourage this variety of tactics was tricky, Yasuda says, and took a lot of effort from the team. “We are continuously adjusting aspects of the game to make sure there are multiple strategies the player can employ at any time, and ensure the gameplay is never overly simplistic.” It helps that one false move can result in enemies flat out butchering the health bar. 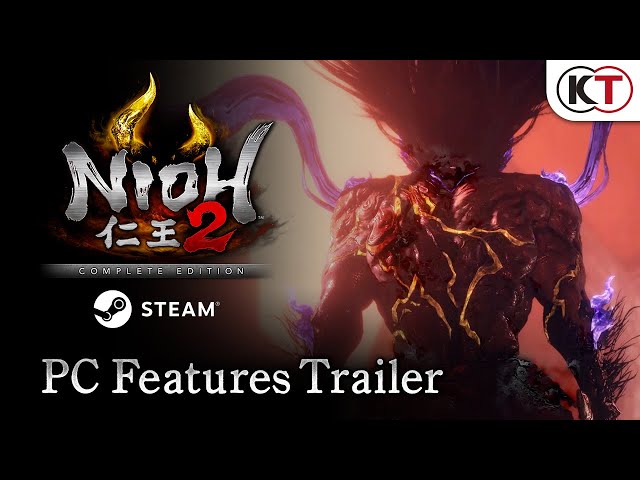 The PC version took ten months to make, and I ask if any one feature stands out as having been especially difficult to implement during that time. Yasuda says that this was Team Ninja’s “first time trying to get Nioh 2 to support 120fps, so this took a lot of hours to successfully implement”. I try the 120fps mode for myself, with a PC that houses an Intel i7-7700 (3.60Ghz), 32GB of DDR4 RAM, and an Nvidia GTX 1070 graphics card – comfortably middle of the road as far as PC specs are concerned. It’s worth noting that, even if I had a monitor capable of these features, the build I was playing didn’t have HDR support, ultra wide-screen settings, or DLSS support, but they will be coming in the release version.

I’m having a lot of fun playing Nioh 2, perhaps more than the original, and it’s largely down to the new techniques

I’m impressed with how comfortably the game can run at around 60fps, even on my mid-tier PC and no matter what settings I threw at it. However, it’s clear that you’ll need something more powerful to get the full 120fps consistently. To put it into perspective, I was able to hit 120fps at 1080p resolution while running around my test area in one of the side missions provided I had shadows turned off, but as soon as I hit something it dropped to around 100fps.

Turning shadows on cut it down to around 90fps when not in combat, or 80fps in combat. When I bumped the resolution to 1440p, it didn’t put it far over 75fps, with more action heavy scenes even occasionally dipping below the 60fps mark. If your PC matches the minimum requirements for Nioh 2, then you should get performance “at the same level as a standard PlayStation 4” according to Yasuda, which is still a very playable and consistent 30fps. 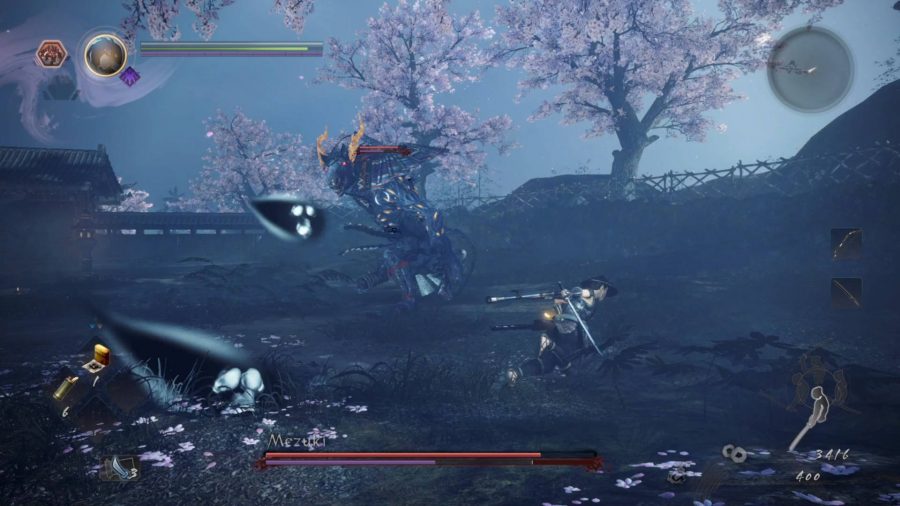 The ability to play Nioh 2 with mouse and keyboard was also at the forefront of its PC version. This was added after the original Nioh released on our platform, and while it’s present from launch in Nioh 2, I’m too used to using a controller for games like this to even consider it. Having fully rebindable controls for both pad and mouse and keyboard setups is the more important thing for me, and fortunately, that’s here too.

The end of the Edo era is a fascinating period of history, which I would definitely consider in future titles

I’m having a lot of fun playing Nioh 2, perhaps more than the original, and it’s largely down to the new techniques. They feel powerful without making the game too much of a cakewalk, and not once have I felt that I can easily exploit the game’s mechanics to breeze through the toughest of fights (unlike in Mortal Shell, which I basically broke by farming herbs), though I should stress I’ve plenty more of the campaign still to play.

Ahead of the game’s release, I did get some important clarification on what to expect from Nioh 2 in the future. First, this is the “final iteration of Nioh 2”, so there won’t be any more content, and the DLC packs that have already released are included in this appropriately named Complete Edition. Yasuda confirms that despite being on Steam, “there is no support for mods”, which is a bit of a shame. 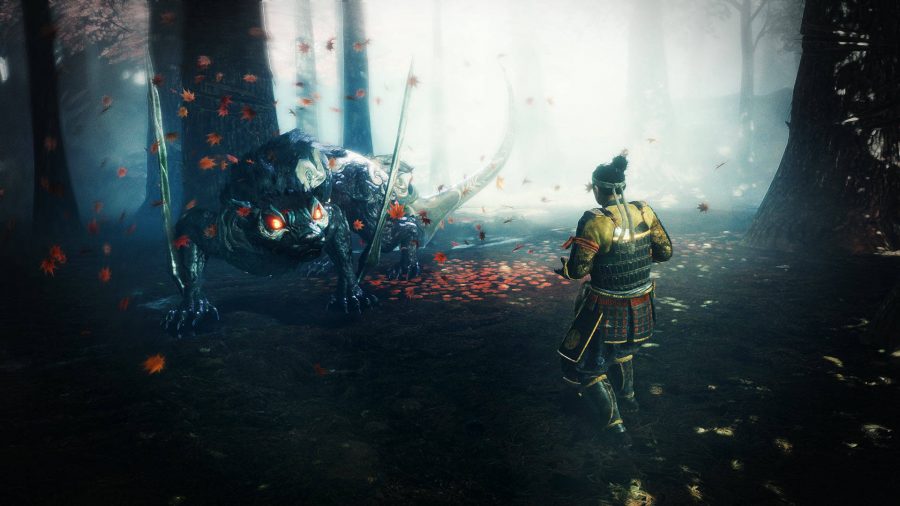 I conclude by asking where the series goes from this point forward. Since both Nioh and Nioh 2 cover the Warring States period of Japanese history, I wonder about the end of the Samurai in the mid-1800s. “As the end of the Edo era is a very fascinating period of Japanese history, I would definitely like to consider including this era in future titles,” Yasuda replies.

Some potentially exciting stuff for the future. Until then, you can play Nioh 2 for yourself on PC on February 5, when the Complete Edition launches exclusively on Steam.