Given Capcom’s aggressive DLC strategy with Street Fighter IV, it should come as no surprise that its successor is already fat with alternate costumes for its fighters. It won’t be out until next year, but Capcom’s already trying to get you to pre-order with these new looks for Ryu, Cammy, M. Bison and Chun-Li.

Right now, the pre-order DLC has only been announced for North America, and of course continues the questionable practice of shackling them to specific retailers and platforms. All of these costumes will no doubt be available as separate DLC further down the line.

Alright, down to business. Let’s take a look at the costumes.

The first one seems to have struck a chord with the internet, because we do love a handsome, hirsute man. Ryu’s normally a bit vanilla for my tastes, but slap a sexy beard on him and crikey, I’m swooning just thinking about it.

Slap your greasy eyeballs on the screenshot. 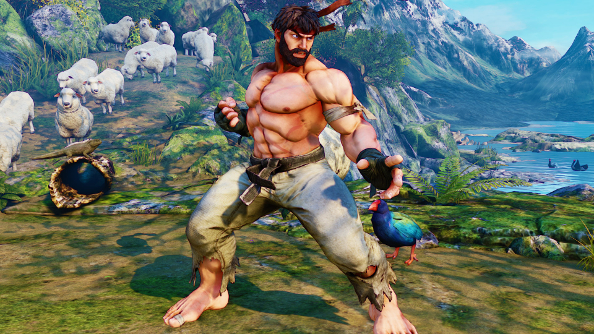 Next up is Cammy. Capcom say that this is her “mission gear”, which implies that all you really need for a super serious special forces mission are a pair of goggles that you only wear as a fashion accessory. 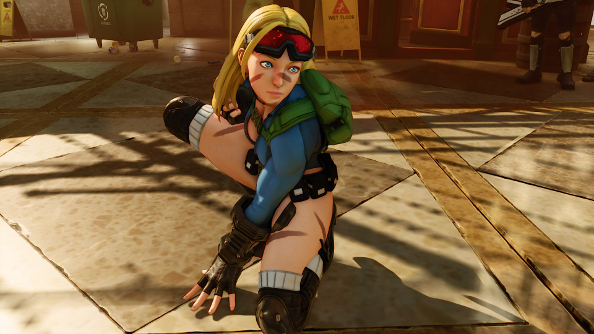 M. Bison’s new look is… well, old. To be fair, Bison has been a dictator for a long time, so it’s no surprise that he’s become a bit of a silver fox. Also note the handsome shoulder accessories that prove growing old doesn’t mean you can’t be stylish. And nothing says “I’m a villainous fellow” like a sexy black coat. 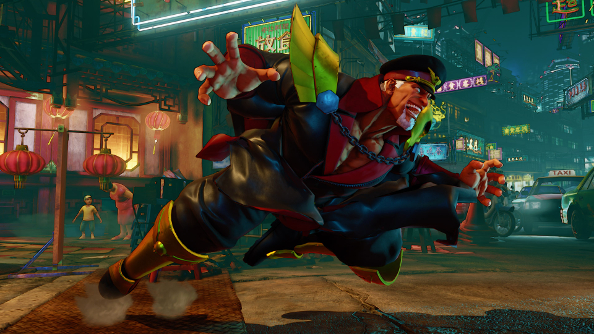 Finally we get to Chun-Li and… Jesus Christ. 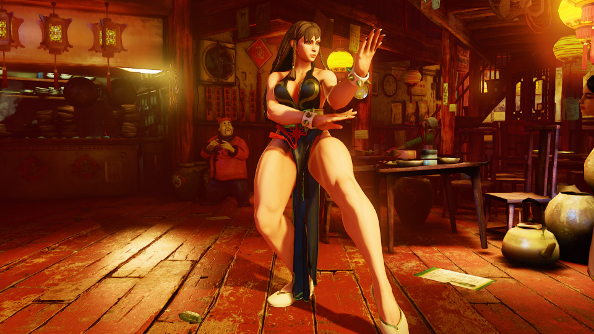 Street Fighter V is tentatively due out in March 2016, and there’s an online beta on the go right now.

We’ve rounded up all the characters announced so far in ourStreet Fighter 5 character list.