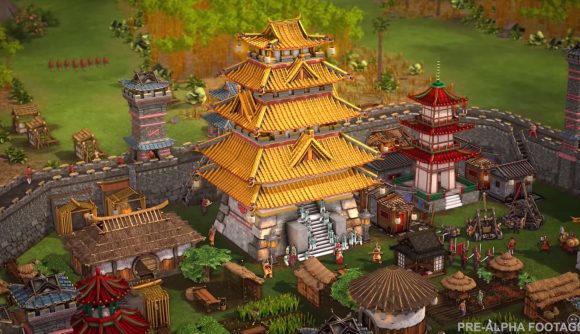 Stronghold: Warlords is the next game in the defense-focused real-time strategy series, and it ditches the traditional European setting for Asia with Japanese and Chinese warlords to command. The game will launch some time in 2020 from Firefly Studios, and you can get a taste of the gameplay from a lengthy new reveal trailer.

The big addition is the titular warlord feature. AI lords can be recruited and upgraded to bring unique perks and abilities for you – whether in battle or as part of your castle economy. Warlods will spice things up throughout campaign, skirmish, and multiplayer modes.

A new historical setting means new unites, including samurai, Mongolian bowmen, imperial fire lancers, and auxiliary laddermen, and you’ll get to play around with post-gunpowder equipment, siege towers, and flaming oxes. The game heads to both China and Japan, and the historical campaigns will take on everything from ancient China to Shogunate Japan and the Mongol Empire.

The game already has a Steam page, though no pre-orders are live just yet. You can still add the game to your wishlist for now.

Stick with us for plenty more on all the big E3 2019 games as we learn what’s next.