The surprise launch of Struggling, a zany “physics-based co-op platformer”, has just been announced at tonight’s Gamescom Opening Night Live showcase. The brand-new PC game’s all about a “fleshy hero” called Troy, whose incredibly long arms you and a pal have to control to navigate him through a bunch of vivid and varied levels. It’s available on PC and for our friends on the Nintendo Switch as of today. Right now, in fact.

Struggling is the work of Montreal-based developer Chasing Rats Games and publisher Frontier Foundry – the brand-new game label from Elite Dangerous and Planet Zoo publisher Frontier. “Two hideous heads are better than one,” the platform game’s Switch store description says. “Inventive co-op will test the firmest of friendships. Grab a partner and work together by controlling one arm each. When even walking takes a combined effort, communication is key to keeping your cool.”

In the course of “squishy abomination” Troy’s adventures, you’ll tackle “dodgy labs, perilous canyons, and even a psychedelic fever dream”, all in the style of “gleefully depraved visuals”. Sweet.

Plus, there’s a bunch of “game-changing” powers to unlock along Troy’s travels, which can give you an edge in tackling the indie game’s bizarre and bewildering world. You can slow time, dodge quick-moving hazards, and even detach poor Troy’s arms, for example. 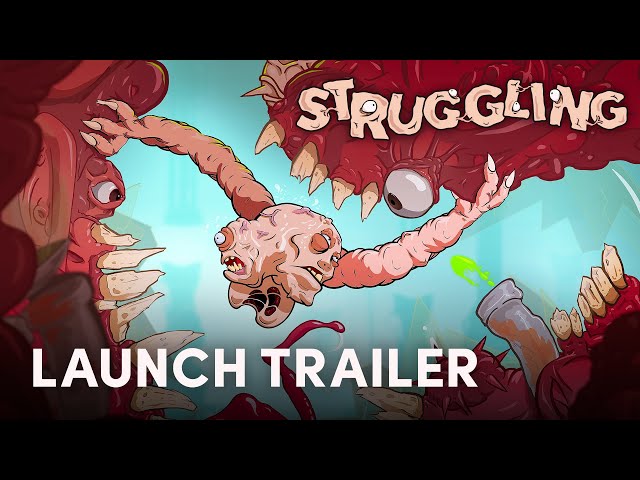 Struggling is available to grab on Steam for PC right now – so, go get stuck in.