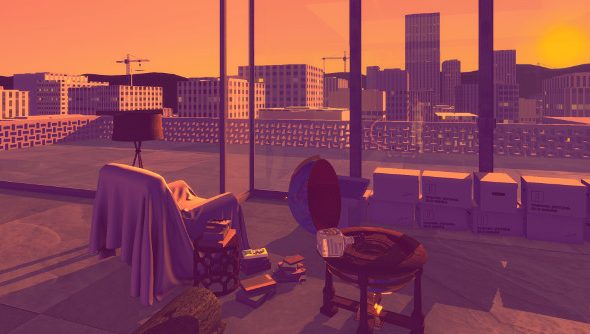 Art-house game developer Tale of Tales announced they are leaving games following the “complete commercial failure” of their acclaimed adventure game, Sunset. Tale of Tales have always made unusual, artsy pseudo-adventures, and came to prominence with the release of experiments like The Graveyard and feminist fable The Path.

While Tale of Tales are not closing-up shop entirely, it appears their days as a game developer are done. And the reasons for that are troubling.

In their farewell blog post, laced with gallows-humor, Tale of Tales founders Michael Samyn and Auriea Harvey give a pretty unsparing post-mortem of Sunset’s failure and why the studio has been driven out of business. It’s an upsetting story, and one with ramifications beyond purely art-house creators like Tale of Tales.

Tale of Tales have been done-in by a combination of declining arts-funding in Belgium, an attempt to reach a wider audience with higher production values and a more traditional game and narrative in Sunset, and marketing money that apparently achieve nothing. WIth their future riding on Sunset’s commercial performance, their initial sales of only 4,000 came a brutal disappointment, and one that left them with no way forward. Saddled with debt from Sunset’s development costs, they explain, “Creativity still burns wildly in our hearts but we don’t think we will be making videogames after this. And if we do, definitely not commercial ones.”

Now, I am sure someone, somewhere, is all too happy to explain why “the market” got this one right and Tale of Tales deserved to fail because they were bad business-people and they were fools to think they could sustain themselves making niche, artistic games. I’m not sure I agree, but I also don’t think it’s relevant to this case. Consider the modesty of Tale of Tales’ ambitions, and the sheer magnitude of their apparent failure.

Tale of Tales weren’t looking for a hit. They were looking for a modest return that would enable them to keep making games. Yet despite a good and established reputation, and generally favorable reviews, they moved only 4,000 copies of the game (many of those going to Kickstarter backers who had already paid).

That’s abysmal. And I don’t think there are only 4,000 people who would enjoy a game like Sunset. Think about how huge PC gaming is. How many people it encompasses, and all their different tastes and preferences. This game probably has a bigger potential audience that could have saved it. It’s that the game sank like a stone before they could ever hear about it.

One of the great promises of the digital storefronts was that they could, at least somewhat, level the playing field between smaller, niche developers and blockbusters. You might never have a prayer of wresting shelf-space away from Assassin’s Creed and FIFA at Best Buy or GameStop, but digital distribution would let your find your audience, and vice versa. But the fate of Sunset and Tale of Tales suggest that utopian future was a mirage. The digital storefront can life some small games to unexpected heights but it can also bury the small-market games faster than ever before.