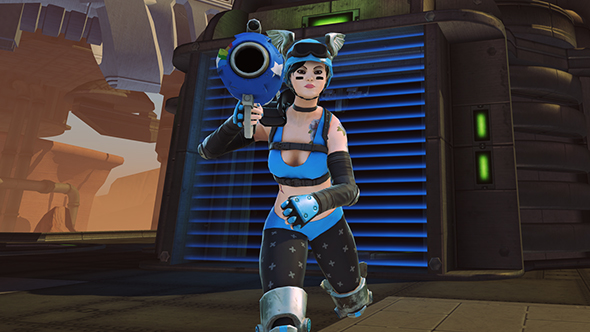 Super Monday Night Combat launched back in 2012, one of the first games to crib from the MOBA genre following its early rise. Building off a more straightforward Team Fortress-inspired design in its predecessor the game didn’t exactly set the world alight, but its cartoony style and shooter-MOBA hybrid set it apart at the time. Now new privacy laws are cited as the reason behind the game’s final shutdown.

Never too late to dig into the best MOBAs on PC.

Developers Uber Entertainment announced the shutdown will take place on May 23, just before the European Union General Data Protection Regulation deadline on May 24. The GDPR regulations are as a set of rules aimed at protecting consumer privacy, and they’re wide-ranging enough to have implications across most of the game industry – though most games aren’t shutting down entirely as a result.

Of course, Super Monday Night Combat hasn’t been lively in years. The game’s final update launched in 2013, and the player counts haven’t gone past double digits in nearly two years. Likely it’s simply not worth the time and expense of making the updates necessary to comply with the new laws, and this may precede a culling of sorts for smaller multiplayer games leading up to the GDPR’s implementation. Ragnarok Online will also shut down European servers because of the regulations.

Uber have removed SMNC from the Steam store now, so unless the free-to-play game is already in your library it’s already past the point where you can play it. For the handful of players who still have access, you’ll get $10,000 worth of in-game currency to ride out the last few weeks if you contact support.

“Thank you for your continued support and passion,” Uber say, “and we look forward to seeing you all again in our other games.” The developers more recently put out strategy title Planetary Annihilation, and have spent the past few years working on various games for PlayStation VR.