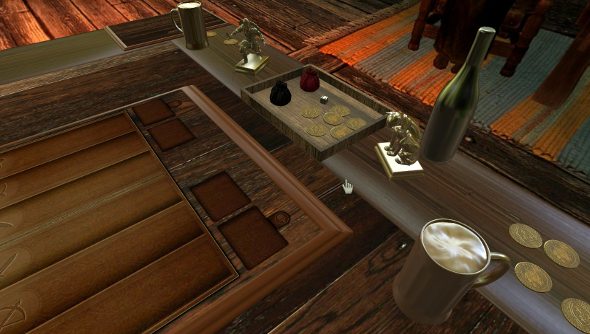 Nobody should be surprised.

Tabletop Simulator is one giant box of digital tools that let you make and play what ever tabletop game tickles your fancy, from chess to something you just made up while you were watching your microwave meal slowly spin on its dirty, glass dish.

So of course the most popular game in The Witcher 3‘s Northern Kingdoms, Gwent, was going to end up being reconstructed in it.

The Tabletop Simulator version of Gwent is available on the Steam Workshop, if you own Tabletop Simulator, and you can play against your pals, even if they’re Nilfgaardian. In fact, you’ll need to play with your pals, because it’s a 2-player game and there are no AI opponents.

I can think of only a tiny number of games that contain mini-games that I’d actually play outside of their home universes, because most of them are awful, like Pazaak. Yeah, Pazaak sucks. Gwent, though, I would play. And it would be nice to face an opponent that isn’t a salty blacksmith or a pissed-off druid.

If you’re not sure what to make of the card game, our chum Geralt slapped his thoughts on our digital pages a wee while ago, when he gave Gwent the review treatment.