Like all good JRPG games, Tales of Arise has a robust fishing mode you can relax with when you need a break from saving the world.

The most obvious benefit of fishing is catching ingredients for fish-based recipes, but you can also exchange fish for items back at Talka Pond in Menancia, and sell excess catches if you need the Gald. Catching all 44 fish earns you the Godly Angler achievement. That might sound daunting, but Arise has multiple lures and rods that make targeting specific fish species easier.

You’ll encounter several fishing locations well before actually unlocking your first rod and lure set. Fishing is an optional system, but a mandatory scene triggers on the road to Mahag Saar after you leave Elde Menancia. An NPC teaches you how to fish, and you’ll get Kisara’s personal fishing rod and lure.

Our Tales of Arise fishing guide explains the basics and where every fishing spot is on Dahna, along with how to get every rod and lure.

Fishing requires no bait, and you can technically catch all fish with any rod or lure. However, each lure has a set of fish that are more likely to spawn when you use it.

Once you’ve found a spot and cast your line, you can shake the lure to attract a specific fish quickly through a brief quick time event. Once the fish bites, you have two other QTEs to manage while reeling it in.

The first is just tilting the rod in the direction shown on screen, though the second pops up at intervals, where you must press the button or key shown to keep the fish on the line and pull it further in.

Miss these prompts too often or let the fish icon slide too far into the red, and it’ll escape. 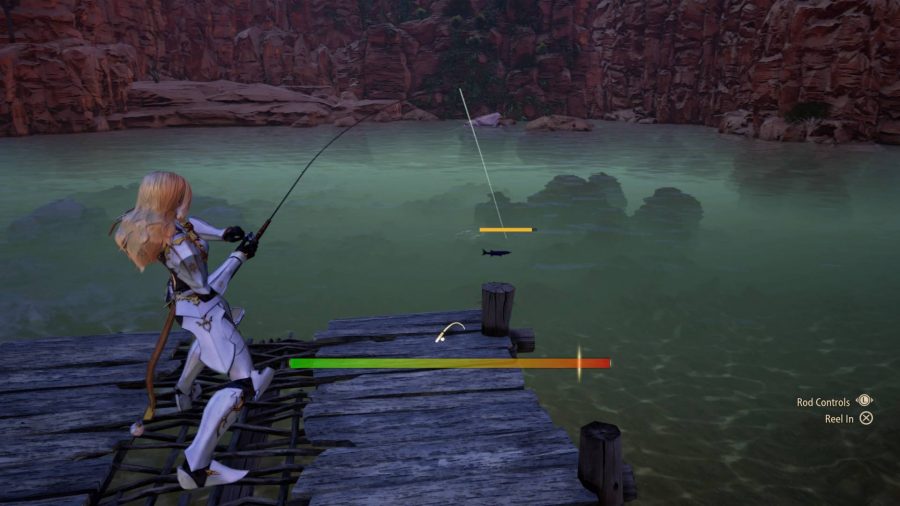 There are 12 Tales of Arise fishing spots spread across the five realms. Some are fairly easy to spot — Calaglia’s spot has its own separate map — though others are tucked away off the main road.

Calaglia’s sole fishing spot is the Cave of Solitude. Access it from the western edge of the map between Ulzebek and Mosgul.

From the campsite just after Rudhir Forest, turn right onto the small path. The fishing spot is at the end.

Turn left at the campsite before the bridge.

Instead of turning onto Traslida Highway at the campsite, keep going straight ahead to find this fishing spot.

This is where you learn to fish, just south of Viscint. 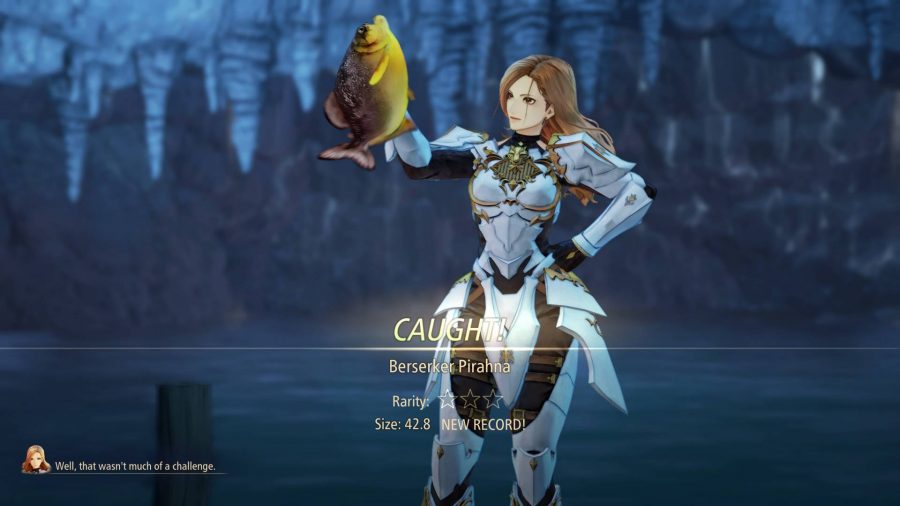 This one’s right next to the campsite. Adan Lake is home to smaller versions of Menancia’s final boss, so mind how you go while you’re here.

Before heading down the narrow path to the campsite, turn right to find this fishing spot.

Speak with Mahavar at the docks to access this fishing spot.

The final realm has four fishing spots, though two of which are gated behind quests.

This one is just to the east of the fast travel point, near a resource gathering node.

The marshlands fishing spot is at its southernmost point, southwest of the entrance to Pelegion.

Head to the back of the sanctum along the craggy path to find this secluded spot, but only after completing the Untamable Rage quest in Thistlym.

The island’s fishing spot is at its southernmost point as well. It only unlocks after you complete Beyond the Grave at the Tuah Seashore, which itself unlocks once you’ve traveled to Rena. 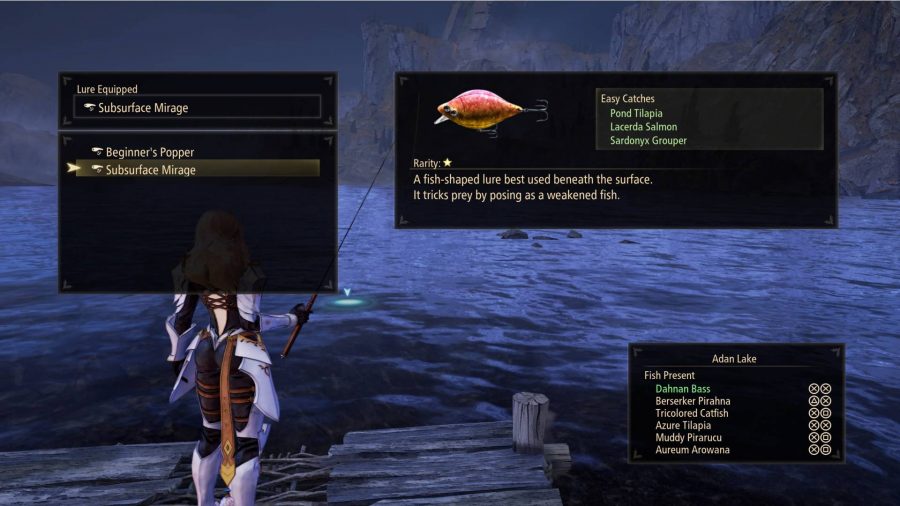 Arise has multiple rods and lures available to buy, hidden in the wild, or gifted to you by the fishing master at Talka Pond for reaching certain fishing milestones. New rods make catching fish easier, while lures increase the likelihood of certain fish appearing. 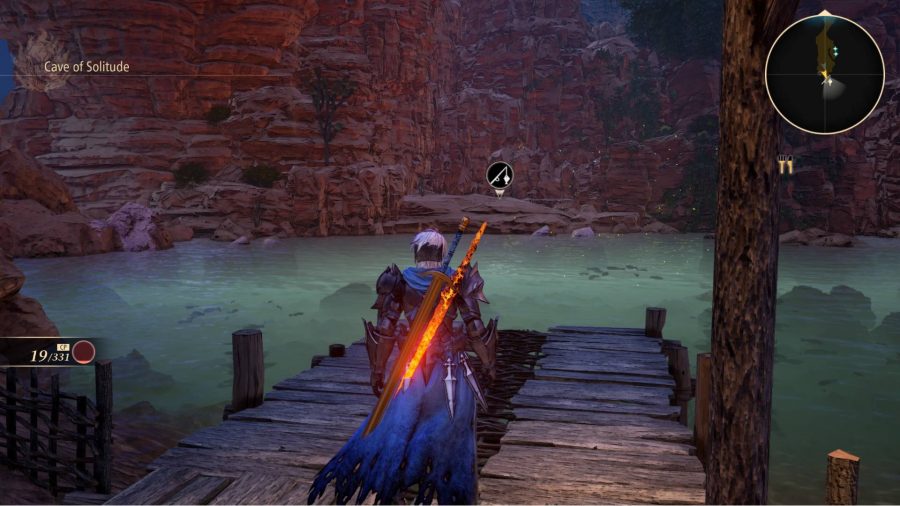 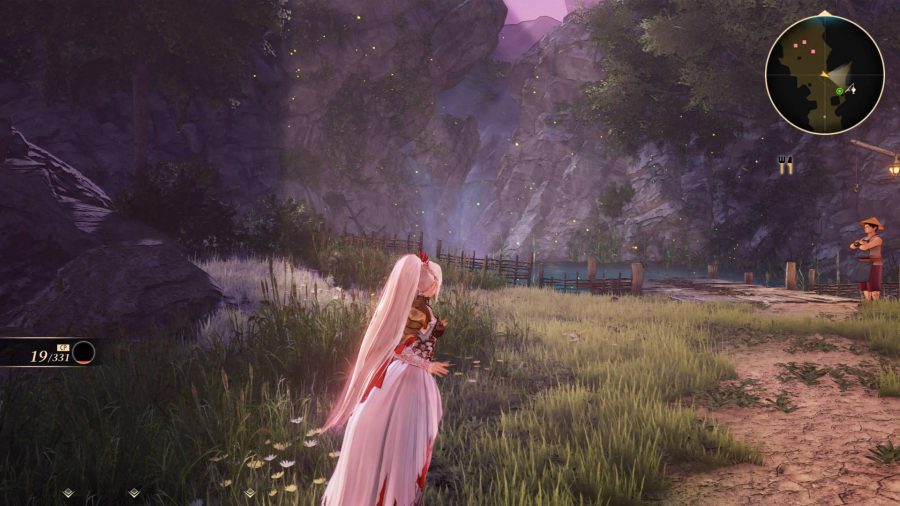 An extensive fishing game is just one reason we called Tales of Arise one of the best RPGs in recent years. Combat was another, but if you’re still working out how to get the most from Tales of Arise’s real-time action fights, check out our Tales of Arise combos and best character guide.