After a delay in 2020, Tales of Arise is finally here. We called it one of the best JRPGs in recent years in our Tales of Arise review, and fans are flocking to it in greater numbers than the series’ has ever seen.

That doesn’t mean Arise is the easiest to pick up and understand, though. While there’s no shortage of tutorials in Arise’s opening hours, they gloss over some of the finer points. Others are left for you to discover on your own, which often means you’re at the mercy of difficult bosses.

Tales of Arise adds several new systems to its combat, including Overlimits, Cure Points, and Boost strikes, making combos more important than ever. Playing as any character is more viable as a result, though a few stand out among the rest if you want to dominate a tough fight. Our Tales of Arise combat tips guide breaks down everything you need to know, from the best character to pull off combos to how you should modify party AI during the game’s more rigorous boss fights.

Stringing together Artes and attacks is fine, but you need to aim for combos if you want those damage counters to climb ever higher. Aside from increasing your damage output, combos help fill the Boost Strike gauge and, if you maintain the combo long enough, open a chance for a one-hit finishing move guaranteed to defeat regular enemies. 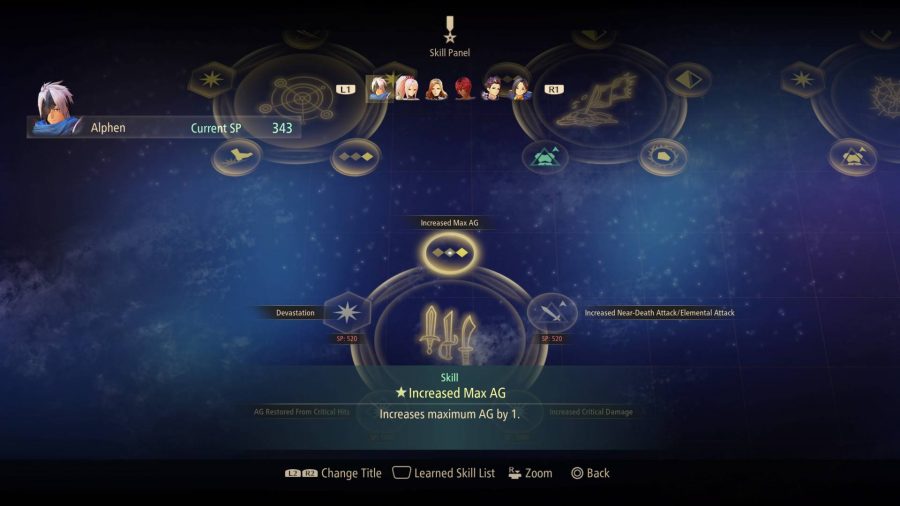 Your capacity for pulling off combos in the early game is limited, since character AG meters don’t have more than three or four points. Unlocking more Titles increases AG meters, so check requirements for available Titles and open as many as possible when you can.

Figuring out the best way to maintain combos also takes some experimentation with Artes. If you’re controlling a physical attacker, such as Alphen or Law, you’ll notice a flow to their Artes. For example, Double Demon Fang and Sonic Thrust have delays both in execution and after they land, meaning they work better at the end of a combo chain. Orochi’s Galeforce Fury lands numerous hits in one use and flows smoothly into another Artes to extend the chain.

Once your AG meters expand, start weaving standard attacks between Artes to help refill the AG meters so you can trigger more Artes.

The exception here is when a character enters Overlimit. This state reduces AG requirements and strengthens attacks, making combo chaining significantly easier. For more difficult enemies, land as many attacks and Artes as you can during Overlimit before using a Mystic Artes to get the most out of this unique status. 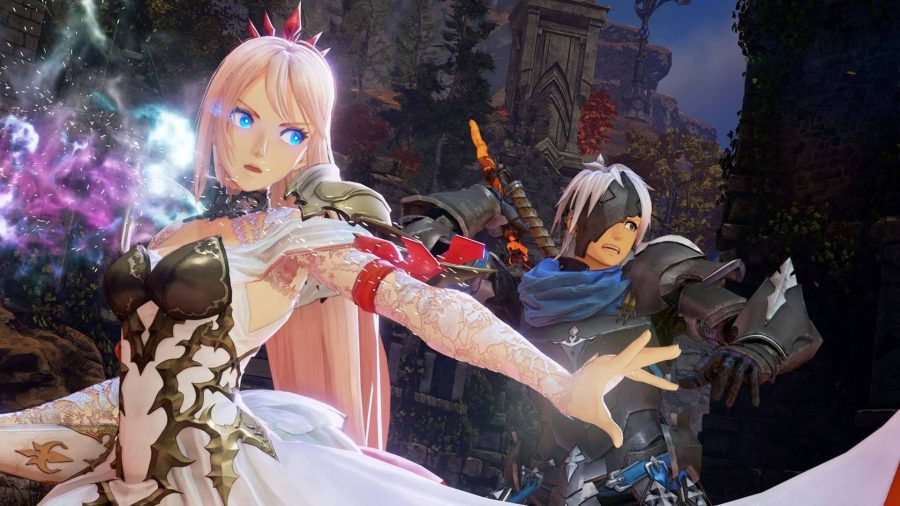 Exploiting elemental weaknesses also gives you an advantage in most battles. Nearly all zeugles, and a fair few bosses, have some kind of elemental affiliation, though Arise isn’t concerned with explaining the relationships among elements.

Here’s how they stack up:

Some enemies telegraph their weaknesses based on the attacks they use. The region you’re in gives you a good idea too. If you’re in the earth realm, for example, it’s a safe bet most of your foes will have a wind weakness.

Boost Strikes become more important once Kisara and Dohalim join your team. From then on, most fights — even normal ones — have at least one enemy with super speed or a charging attack. Charging and heavy armour are the most important to deal with, followed by super speed and Artes casters. Prioritize Title skills for Kisara, Law, and Rinwell that hasten how quickly their Boost gauges charge.

Battle chaining unlocks after you reach Elde Menancia, and while it might seem like an extra system you can ignore, it’s worth paying attention to. The chain icon under the field map shows how many fights you’ve chained together and how long the effect will last.

If you have time, try getting it past stage four, where the meter turns blue, and then engage in battles that include multiple zeugles to get rarer items, and more of them.

Using Happy Bottles helps as well. You need these for crafting better weapons, and having a bigger party means you spend materials much faster. 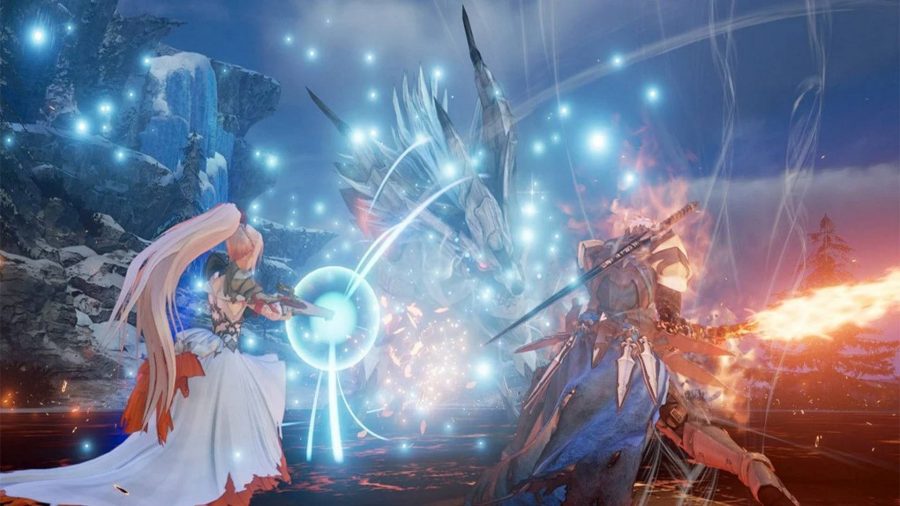 All of these tips apply to boss fights, but these steeper challenges have some additional layers to work with. Managing your Cure Points (CP) is the most important.

Spend most of your Gald on Orange Gel before a fight. If you’re playing on moderate difficulty or higher, you’ll still likely burn through your Orange Gel supply well before the battle ends. Tales of Arise’s AI is smart and responsive, but also a bit too inclined towards healing on the standard setting.

If you find you run out of CP too quickly, toggle the AI to “fight aggressively.” Shionne, Dohalim, or both will still heal the party, but only once HP starts dropping low. It’s a riskier strategy, but it should see you through if you step in with Treats and Life Bottles as needed.

Related: All the fishing spots and Tales of Arise

During boss fights with multiple enemies, always target the smaller mobs and extra reinforcements first. They’re a significant obstacle if you don’t, and we’ve found that defeating them yourself is more efficient than setting the AI to target other enemies.

You’ll also want to adjust your Boost Strike strategy. Try keeping Rinwell’s, Kisara’s, and Law’s Boost gauges full as much as possible. You can survive Artes from enemy mobs well enough, but boss Artes hit much harder, as you’d expect. Charge attacks can also destroy your party in one hit, making Kisara’s Boost one of the most important parts of mid and late game boss strategies. 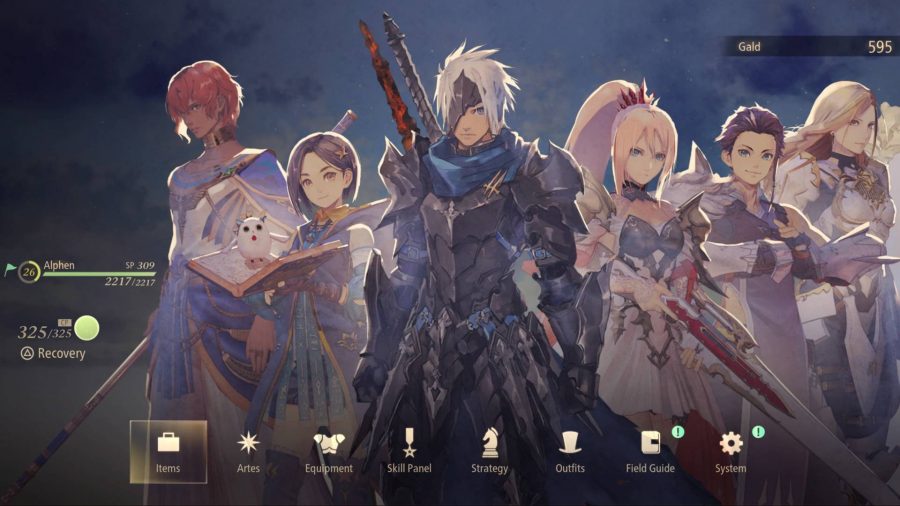 Every party member in Arise has a unique set of skills worth experimenting with at least once, but there’s also a distinct gap when it comes to ease of use and general versatility.

Alphen is the perfect all-around character. He’s fast and the easiest one to chain combos with, and he’s also the best way to deal strong elemental damage quickly. There’s no shortage of offensive Artes to customise his fighting style with, and while Alphen’s Blazing Sword attacks might consume a substantial amount of health, they also deal explosive damage to a wide area.

Kisara is almost Alphen’s opposite. She’s slow and has a much smaller pool of Artes to choose from. However, her guard perk means you can stand your ground during an attack, reduce damage received, and unleash a stronger Artes from behind her shield. She also gets an AoE Artes that bolsters nearby party members’ defence, which she doesn’t use too often when the AI controls her.

Dohalim is a potent combination of Alphen and Rinwell with a perk that’s difficult to use, but worth it if you master the timing. His standard attacks and physical Artes have wider reach than most, since he wields a staff, but he also gains access to dark, wind, and earth elemental Artes. If you execute a perfect dodge, Dohalim’s reach and attack increase for a limited time. Put your skill points into his dodge ability, and watch the numbers rise.