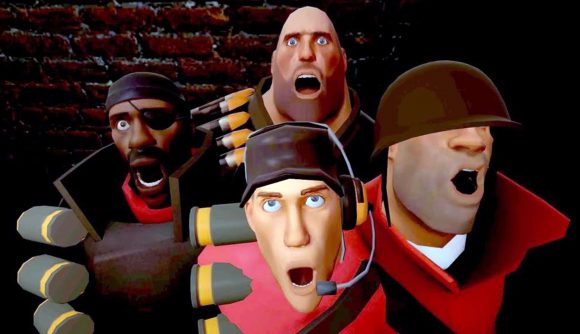 The Team Fortress 2 modding scene is about to get a little easier, it seems, as Valve has apparently struck a deal with Microsoft to waive the $50,000 fee for the Havok physics engine for future mods – and not just TF2 either as this deal apparently covers all Valve games, including possibly Half-Life: Alyx.

In the same week where Rockstar and Take-Two are under fire for the GTA Trilogy Definitive Edition fiasco – which they hit numerous mods and modding sites with takedown requests to build – Valve Software instead seems to be doing something nice for the modding community by removing a hefty physics engine licence cost.

As originally posted by @TF2CCWiki on Twitter, they asked Valve support about getting an asset licence for the Havok physics engine – which costs $50,000 usually for any Valve-supported paid mods on Steam – and was told that Valve has “reached an agreement with Microsoft to have Havok fees waived for future mods of Valve games”, which is great news for the modding community.

This was verified by the makers of the movement-based Momentum Mod, who received the same reply. Hopefully this will mean that two major Team Fortress 2 mods that got pulled earlier this year will be back soon, as TF2Classic still hasn’t heard back from Valve, apparently.

I can confirm this reply is legitimate, the same Steam EU Legal Review has replied to us about getting Havok code access for @MomentumMod . Free mods never needed to pay the $50k fee to get license, but this fee waive is great news for us as we've wanted to edit VPhysics!

We’ve reached out to Valve for comment and clarification of the situation and will update this post if and when we hear anything back. Beyond that, why not check out 100 of the best mods on PC and see how many are based on Valve games.