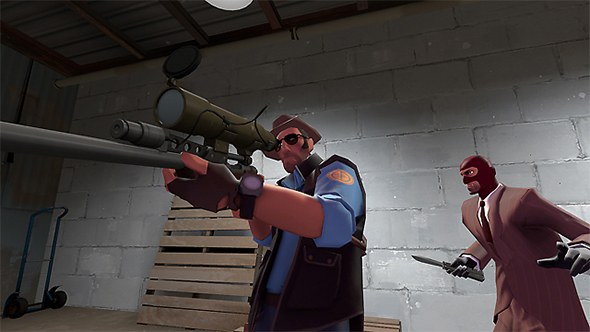 Update, December 2: a Valve employee has explained that Valve Anti-Cheat (VAC) will not ban you for your username alone.

Valve software engineer John McDonald made the statement on the associated Reddit story, and you can read it in full here. He says simply “the bug report is incorrect,” and hypothesises that it and many other posts in the thread are an attempt to foment distrust of anticheat systems.

These are the best FPS games on PC.

“VAC has many different types of detections and we cannot discuss what they do publicly because doing so makes them less effective,” says McDonald. “However, one thing I can disclose is that all detections require that the detection occur while a user is actively cheating and connected to a VAC-secured server.”

So no, simply having “catbot” in your user name will not get you banned. The confusion arose when another Valve moderator closed the initial discussion on GitHub as per the VAC team’s request. In so doing, he suggested the catbot bans were intentional, but it seems he may have overreached on that point.

Original story, December 1:Developers, particularly on PC, are locked in a never-battle tokeep cheaters and hackers from abusing multiplayer games. Sometimes, those methods seem a little strange and arbitrary, but rarely more so than a recently-discovered VAC offense aimed at curbing Team Fortress 2 cheaters.

As discovered on GitHub, Linux users who have “catbot” as part of a system username will receive a VAC ban shortly after installing Steam, regardless of whether they’ve launched or played any games. A Valve moderator closed the discussion by saying that this is an intentional feature of the VAC system.

The catbot cheat in Team Fortress 2 essentially allows Linux users to build a party of aimbot snipers to take over a server. Typically, that’s involved some extra user accounts with “catbot” as part of the name, but it seems in the wake of this discovery the hack’s already been updated to generate random usernames.

This affects any Linux system with “catbot” as any part of a username. So if you happen to have, say, an angry plant enthusiast persona like Hellcatbotanist, you’re not playing VAC protected games for much longer. It’s tough to imagine an actual reason to have a catbot username, but this does seem like a pretty zealous VAC offense for something that cheaters have already so easily worked around.