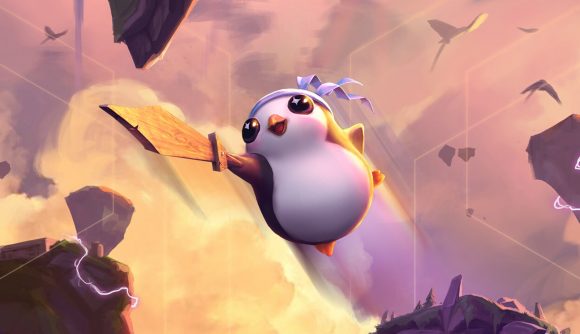 With Teamfight Tactics and Dota Underlords heading up a coming wave of autobattlers, it looks like both are off a strong start. The two games, created by League of Legends studio Riot and Valve respectively, have already made a big impression on streaming platform Twitch – with both already having racked up live viewership into the millions of hours.

According to videogame and esports analytics site Newzoo, both Teamfight Tactics and Dota Underlords have already earned live Twitch viewership into the millions of hours. The site says “in Teamfight’s first week, it generated 15.2 million hours of live viewership on Twitch – that’s more than six times more than Dota Underlords produced in its first week.” Staggeringly, that’s also about 1,700 years.

One of the reasons for this success, the site suggests, is to do with Riot’s League of Legends player community: “Teamfight naturally benefitted from League of Legends’ massive player base”. It says that “data from our PC Game Tracker shows that over a quarter of the world’s core PC gamers played League of Legends in May, making it the #1 game among core PC gamers.” Given this, it’s hardly surprising that Teamfight was an “overnight hit” on Twitch.

As well as this, the League of Legends player community has a big presence on Twitch. According to Newzoo the game accumulated a whopping 81.4 million hours watched on Twitch in June, so it’s probably unsurprising that a sizeable chunk of viewers hopped over to get a look at Riot’s new game.

It looks then like the battle of the autobattlers is continuing at pace with some sizzling stats. The emerging genre seems to be becoming a valuable string to some studios’ bows.