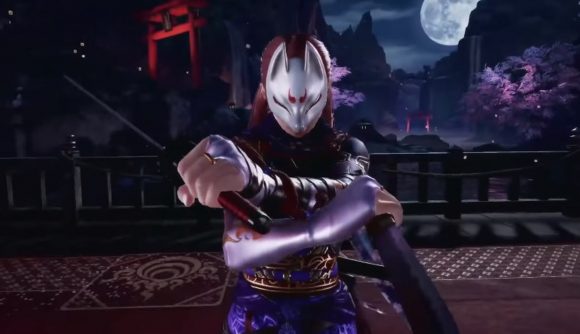 Tekken 7 director Katsuhiro Harada announced the sales milestones on Twitter, celebrating with some special art of the current crop of fighters. “Tekken 7 has achieved over six million sales,” he writes. “We recorded over 50 million copies sold for the series.” In the accompanying image, the many contenders of the Iron Fist tournament are in a Zoom call together, obviously elated they’ve been allowed continue fisticuffs after all these years.

To place some of those figures in perspective, Tekken 7 has now sold as much as Tekken 5 and Tekken 6, showing genuine consistency game-to-game over the last decade. The recorded peak remains 1998’s Tekken 3 on the PlayStation, which shifted over eight million copies in its original lifespan, so sequels have remained in a high ballpark despite changes in hardware and a much wider market. Ten games have come out in Bandai Namco’s premiere fighting IP so far, putting the average sales at five million per game, which ain’t chump change.

This news coincides with Season 4 of the game’s content rollout, for which Bandai Namco released a trailer confirming the return of Kunimitsu, a female former member of Yoshimitsu’s clan that wears a cat mask. She hasn’t been in the canonical roster since Tekken 2, making her presence here quite the event.

TEKKEN7 had achieved Over 6 million sales !
We recorded Over 50 million copies sales for the series.

You can see Kunimitsu’s trailer below:

According to the roadmap in the video, a new stage, Red Gates, will arrive before the end of the year, and 2021 will have one more character and location. Can you run it? Compare your PC against the Tekken 7 system requirements 2021.