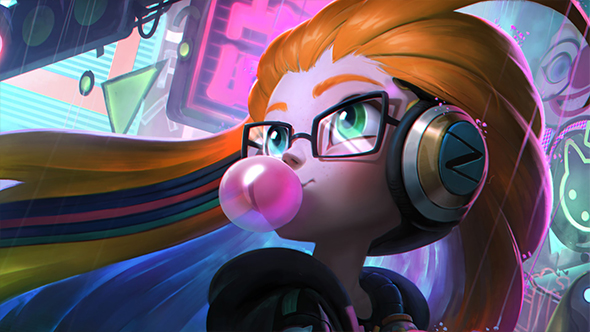 Asian market analysis firm Niko Partners have published their rundown of third quarter financial reports from Tencent and NetEase, two of the biggest game publishers in China. Most of their growth for the year has been due to smartphone gaming, but PC titles have proven a reliable base.

Here’s why you should really be paying attention to Tencent.

Tencent’s revenue from mobile and PC gaming has generated $4.9 billion, up 47.5% from the same time in the previous year. The smartphone division was the primary driver for the increase, having grown 84% year over year. Casual gaming has largely moved to mobile, but while these sorts of games are a smaller part of the computer market, PC gaming has still continued to grow.

The PC division at Tencent saw revenue of $2.2 billion, up 27% year over year. Niko Partners suggest that PC games in China will continue to grow, though at a slower rate than we’ve seen in the past. League of Legends, Dungeon & Fighter, and Crossfire all saw increased player spending, contributing to the division’s growth in revenue.

Notably, Tencent is expanding their slate of PC games, localizing and releasing titles like Paragon, Paladins, and Rocket League in China. Their WeGame distributions service – focused on “buy-to-play” games in contrast to China’s more popular free-to-play market – is already more popular than Steam in the region. Niko also note that Tencent’s gaming revenue was bigger than that of Activision Blizzard, EA, Take-Two, and Ubisoft combined.

NetEase, best known in the western world as the company that handles Blizzard’s games in China, similarly saw an increase in their mobile revenues this year, but their PC revenue has declined by 8.5 percent year over year. That’s not quite a fair comparison, though, as 2016 saw the company make strong releases with both Overwatch and the latest World of Warcraft expansion.

Both companies are trying to jump into the battle royale pool after the tremendous success of PlayerUnknown’s Battlegrounds, but most of those titles are slated for mobile rather than PC. It seems it would be difficult to compete with PUBG on its home turf.