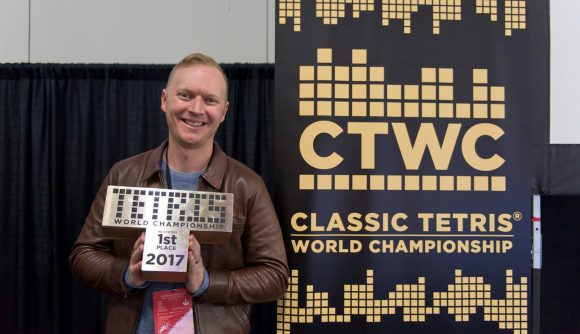 Multi-time Tetris champion Jonas Neubauer has passed away. Known for his incredible skill in the puzzler, Neubauer was a key factor in a recent surge in Tetris interest, stemming from his captivating championship performances, and regular Twitch streams.

The news was delivered via Neubauer’s personal Twitter this week. “It’s with a heavy heart that we deliver the terrible news that Jonas has passed away from a sudden medical emergency,” the tweet says. “He was the absolute best. We are devastated, overwhelmed with grief, and we already miss him dearly.” He passed on January 4, and was 39 years old.

Jonas was the inaugural Classic Tetris World Champion in 2010, and would go on to win the tournament six more times over the course of eleven years. In 2018, his losing effort in the finals against Joseph Saelee drew widespread attention on Twitch, leading to a renewed interest in Tetris and the surrounding competitive scene. Neubauer was a long-time Tetris pro, recording himself achieving high scores on VHS, and sending them to friends to be uploaded on old messageboards back in the early noughties. He was included as a subject of the Tetris documentary Ecstasy of Order: The Tetris Masters, the making of which spurred the original CTWC.

Over the last several years, Neubauer had been a regular on Twitch, streaming his Tetris practice, and exploring strange, new ways to approach the time-honored stack-’em-up. A couple of highlights are his attempt to play Tetris using a dancepad, his semi-regular series on Not Tetris 2, and he and his wife playing Tetris 99, the Tetris battle royale on Nintendo Switch.

It’s with a heavy heart that we deliver the terrible news that Jonas has passed away from a sudden medical emergency.
He was the absolute best. We are devastated, overwhelmed with grief, and we already miss him dearly.
Information to follow when it becomes available.

Here’s his 2018 match against Joseph Saelee:

Here’s him trying to play Tetris on a dancepad:

A memorial fund has been set up in Jonas’ honour through GoFundMe.