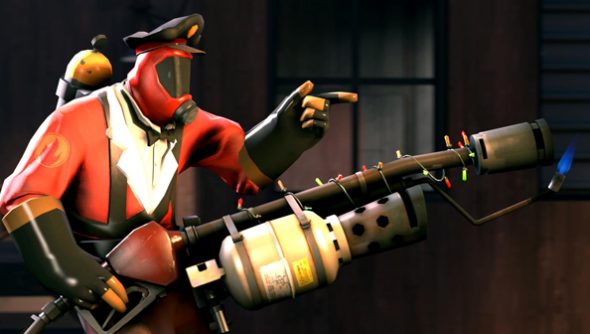 Sixty-odd Team Fortress 2 community members had a hand in the Robotic Boogaloo, the Valve-backed update that saw a slew of colourful new hats added to the game. Their contributions have earned them a total of nearly $250,000 – split evenly, around $3,800 each.

They’re only the latest of some 400 contributors and partners to make more than $10m together using TF2’s item creation tools.

In a blog post yesterday, Valve encouraged more players to get involved in item creation using the improved submission tool. Steam Workshop creators are now able to preview renders of their items on TF2 characters, and also benefit from a new vetting system which automatically tests their work against a set of standards.

Cosmetic items that meet those standards are marked with a ‘gold star’ tag and are already one step closer to inclusion in the game. Conversely, items without a gold star have a very low chance of shipping in an official update, as Valve know they’re likely to be problematic when implemented.

The developers say their next update with be made up entirely of ‘gold star’ tagged items, and there’ll be no limit on how many they include.

“In short, there’s never been an easier, faster or more rewarding time to submit to the Workshop,” write Valve. “If you’re not making that beard of bees dream a reality, let’s face it, at this point it’s probably a motivational problem on your end.”

Back in September, Chet Faliszek recommended the Workshop as a gateway to game development, and noted that some TF2 item creators were making “six figure income”.

Maybe we should all pack in the day job and start hammering out android tiaras. What do you reckon?