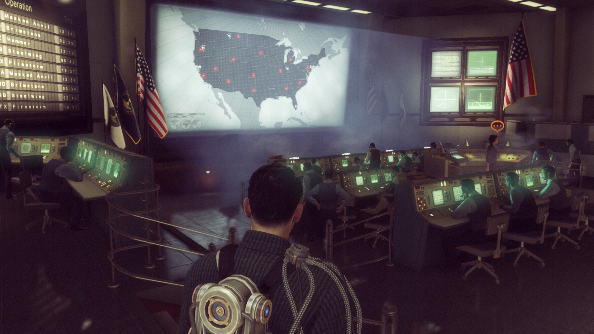 Five summers ago, while Firaxis were quietly beavering away on the XCOM reboot that would reinvigorate turn-based tactics, 2K announced a first-person shooter named XCOM. Unaware of the faithful follow-up also in the works, strategically-minded denizens of the internet were horrified. So too, it turns out, was original X-Com creator Julian Gollop.

“I’m not sure I’ve told anyone else this, actually,” he told our Joe in conversation about the making of X-Com. “But at the point that Take2 made the first announcement of an X-Com game, which became The Bureau, when they first announced it was going to be an FPS, I was so outraged that I was determined that I would start a crowdfunding campaign to do a proper X-Com game.”

Of course, we know Gollop didn’t follow through – he would instead go on to reboot another of his beloved tactical classics as Chaos Reborn.

“I changed my mind when Firaxis announced their version of X-Com because I knew they would actually do a pretty good job of it,” he explained. “There was a brief period there were I was going to do it, but it didn’t last.”

The sad casualty of all this outrage was the original XCOM shooter unveiled in 2010, based on an Irrational prototype in which missions would build to a dangerous crescendo – eventually forcing players to flee. The game 2K Marin and 2K Australia ultimately released, The Bureau, was a third-person shooter rather less ambitious in its design. Did you ever play it?