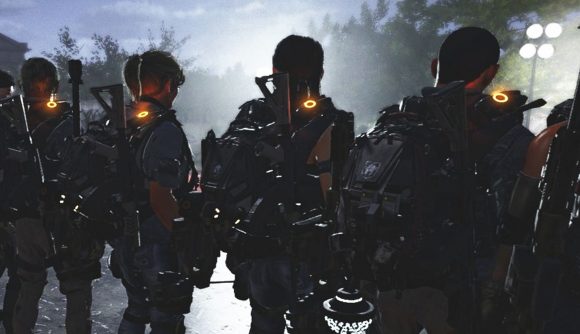 The first handful of completions stretched players to the limit, but now top teams are working on completing The Division 2’s first raid in record time. World first for Dark Hours came five hours after the raid went live on PC, but raid groups are now slimming that time down. The DUK Clan came in second during the world first race, and they set the first sub-one hour raid time last week.

Now the DUK Clan has gotten time down to 23 minutes and 40 seconds. That record was posted on May 18, and it still stands – though, on Reddit, DUK’s Rammbob suggests there’s still room for improvement. The group has gotten the final encounter down to five cycles, but it seems that it’s still possible to get that down to four. Rammbob says “there’s lots of stuff you can optimize.”

The raid has gotten downright notorious for its difficulty, at least on console. PC players got the advantage of higher frame rates and more precise aiming on mouse and keyboard, but without those advantages PlayStation 4 and Xbox One players struggled mightily against the challenge. As Kotaku reports, the first console clear came days after launch, with a total time of over 36 hours.

If you want to check out the raid being cleared in much shorter order, you can see DUK Clan’s current world record (via GameRant) below.

It’s mostly in German, but you can turn out auto-translated subtitles for a machine-guessed idea of what’s being said.

Check out our Eagle Bearer Exotic guide if you’re still struggling to pick up the raid’s most notable reward. Treat these new world records as inspiration for your next run.