Where are all ESO Skyshards in Elsweyr? The third expansion chapter to Bethesda’s MMO is here and, as with any new area, it’s dotted with this thoroughly useful collectable. You can use your in-game Zone Guide to give you some hints to all 18 ESO Elsweyr Skyshards locations, but we’re here to make discovering them much easier.

Just in case you’re not just new to the homeland of the famous fantasy cat people, but to The Elder Scrolls Online in general, Skyshards are hidden items that grant you a skill point for every three you find. They’re position is obvious once you get close – a bright blue, ethereal beam of light pierces the sky above them – but the sheer size of the Khajiiti homeland makes doing even this challenging.

The Elder Scrolls Online Skyshards in Elsweyr can be found in the open world, Delves – easier dungeons that are possible to solo – and Public Dungeons. Sometimes the shards are visible but hard-to-reach, so we’re going to assist you in that regard, too. So, to help you level up your fresh new ESO Necromancer skills, or whatever class you’re running, here are all ESO Skyshards in Elsweyr, and how to get them.

Below you can see the ESO Elsweyr map with each of the numbered markers corresponding to further descriptions below that. A main road runs in a rough square around the edge of the map, which is a handy way of getting around without getting bothered my marauding mobs.

Click to skip to the ESO Elsweyr Skyshard you need: 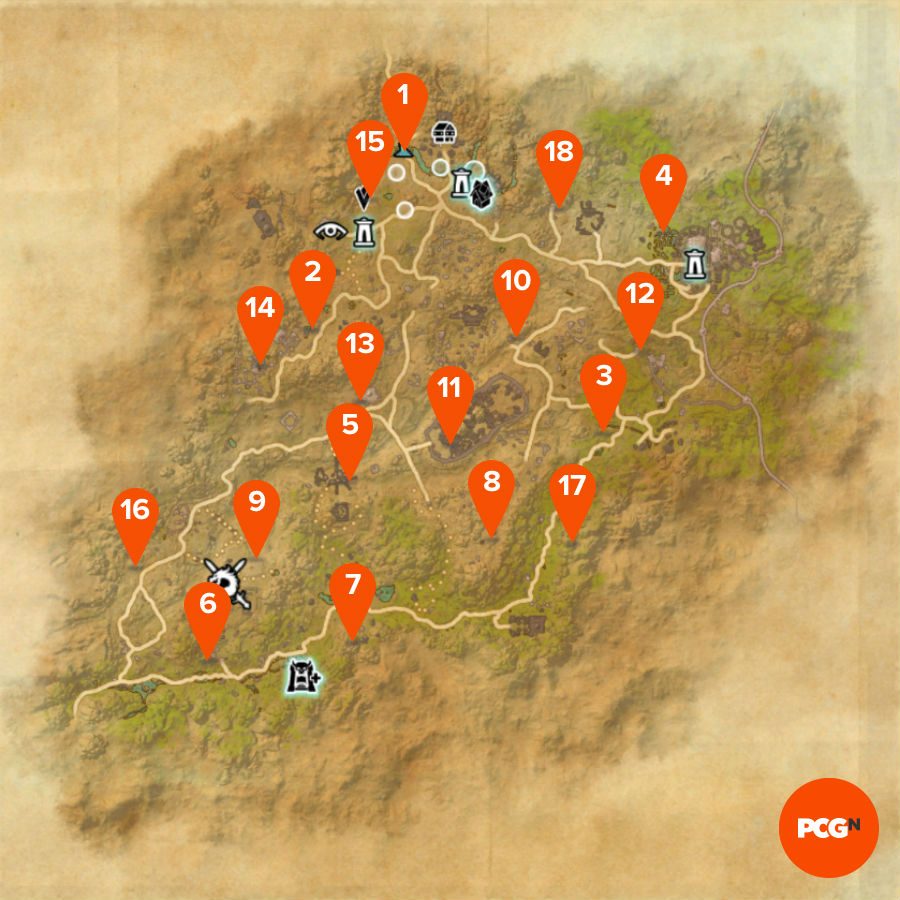 When it comes to Skyshards in Delves and Public Dungeons, you can just rush through them for the most part if your skills aren’t up to snuff yet, or you can stick with other players to help you through trickier spots. 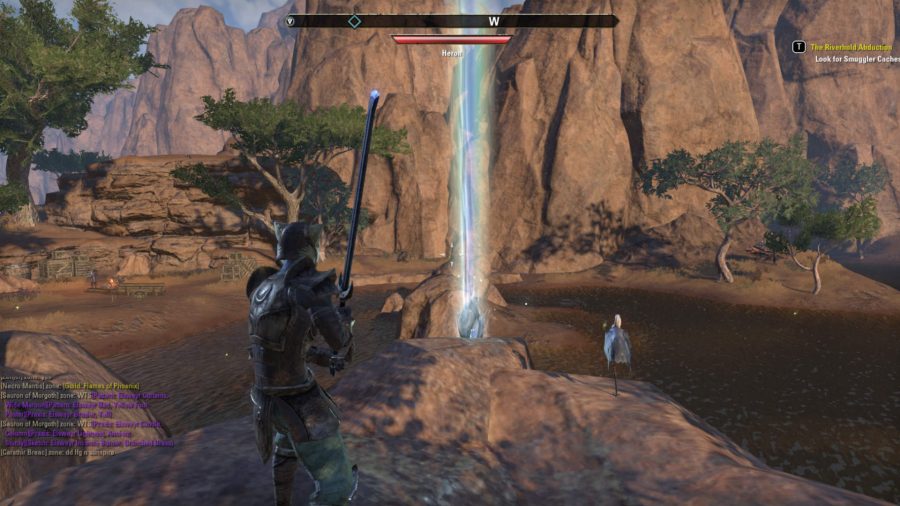 Leave Riverhold and follow the river under the bridge west to its source. The Skyshard is on a small rock on top of where the river falls from the stony hill. 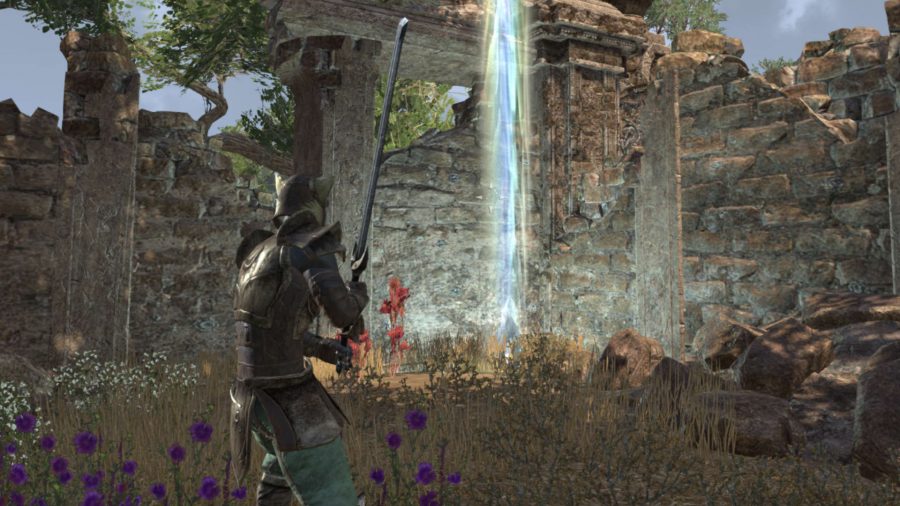 On the western side of Northern Elsweyr, The Prowl is south of Star Haven Wayshrine. Follow the main road south from Riverhold and you’ll find the collectable amid some ruins and a tall tree. 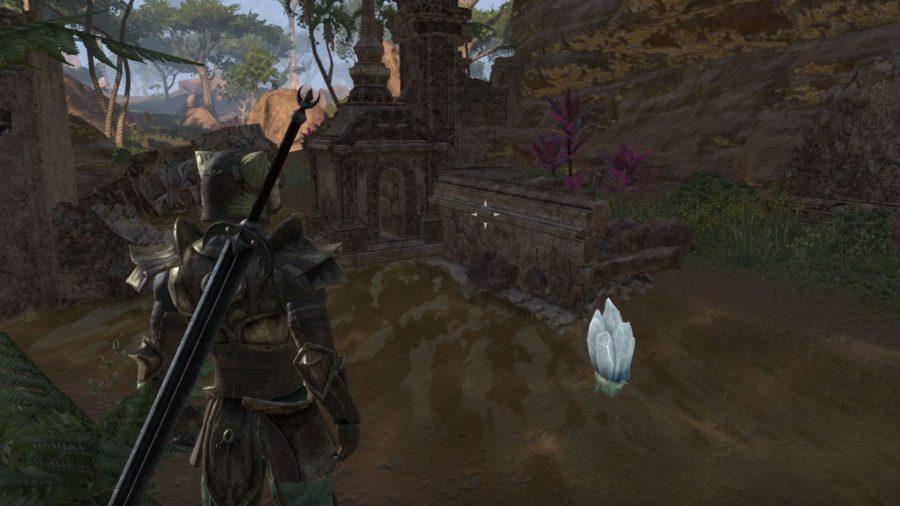 Northeast of Shadow Dance Striking Ruins is the creek you’re after. It’s found on the east side where the creek ends. 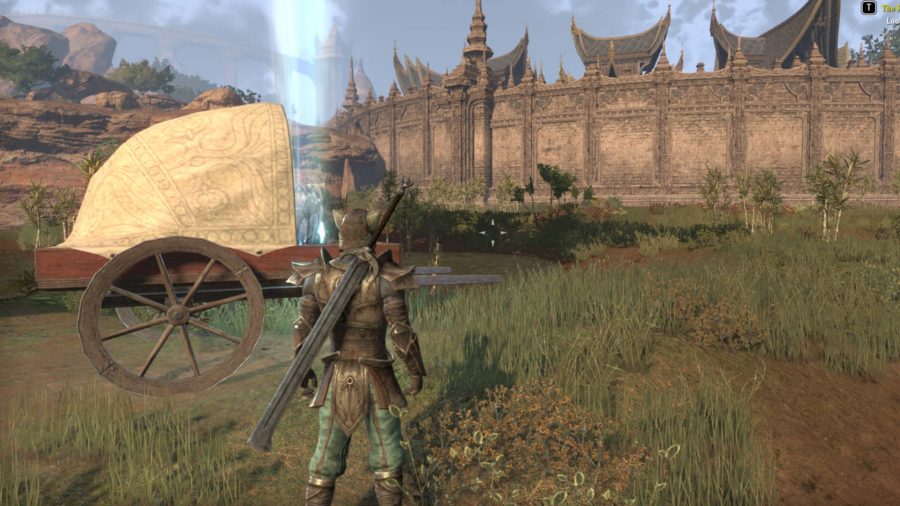 Rimmen is the largest hub in this third chapter; it’s found in the northeast corner of the map. The cart with the Skyshard inside is located in the cane fields around the settlement’s western entrance. 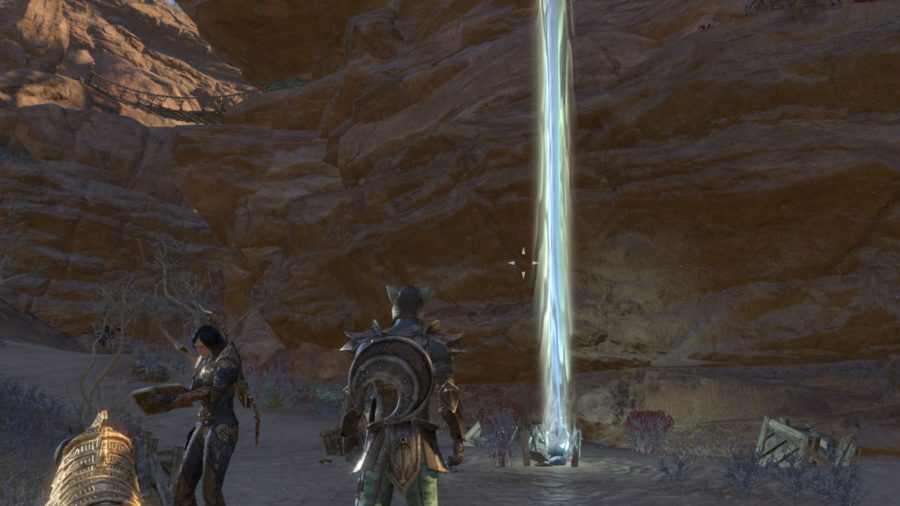 If you haven’t happened upon the Stitches’ Wayshrine yet, this scrappy hub is found just to the west of the map’s centre. Search the gorge below and to the east of this area’s many bridges and you’ll find it in a destroyed crate. 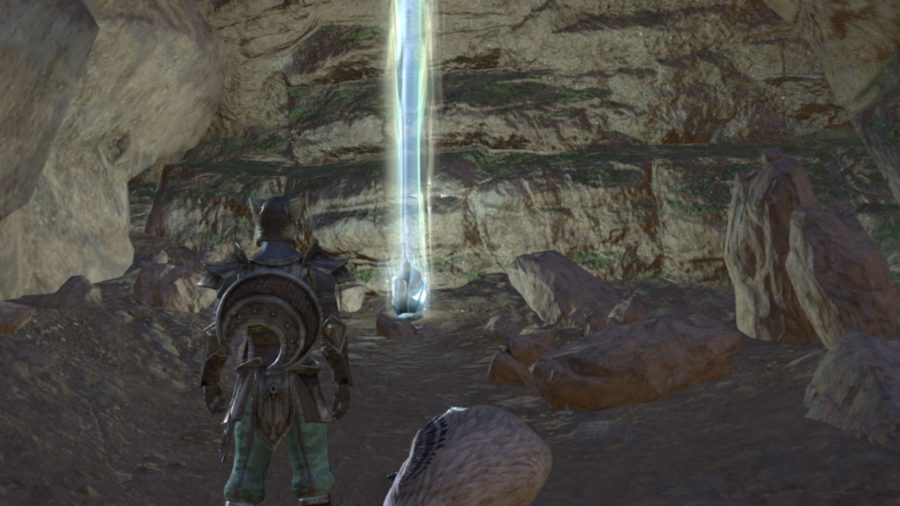 The Sunspire Trial should appear on your map from the beginning, and the Moon Gate of Anequina is on the other side of it on the main road if you follow it west. When you get to the locked entrance of the Striking Locale, turn left and hug the wall until you find the Skyshard in a cave guarded by wolves. 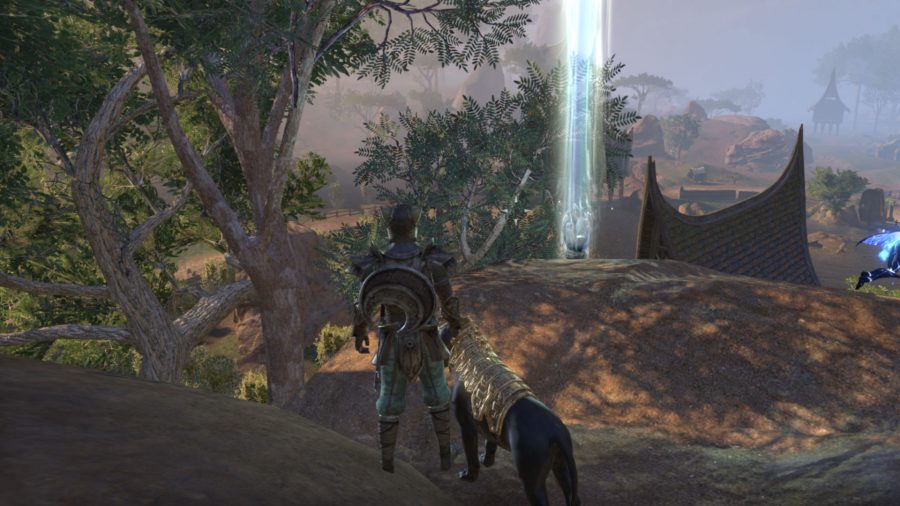 Heading east along the main road from the Sunspire Trial will take you to Merryvale Farms. Head uphill toward the Fragrant Moons Plantation Gate and turn right to take you to the seventh ESO Elsweyr Skyshard. 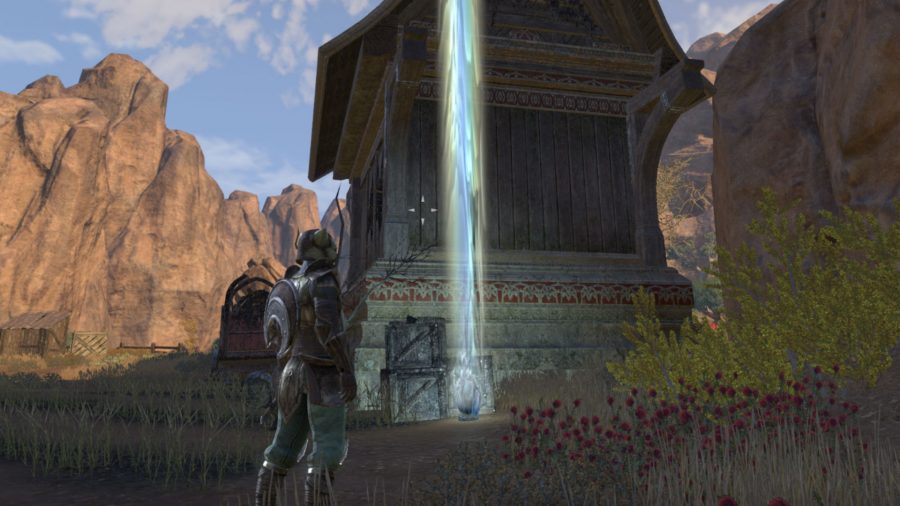 Without a location name to narrow this down, this is a bit of a toughie. That said, the burned out house is on a farm west of the Tangle and, once you’re there, the wrecked abode is pretty hard to miss. 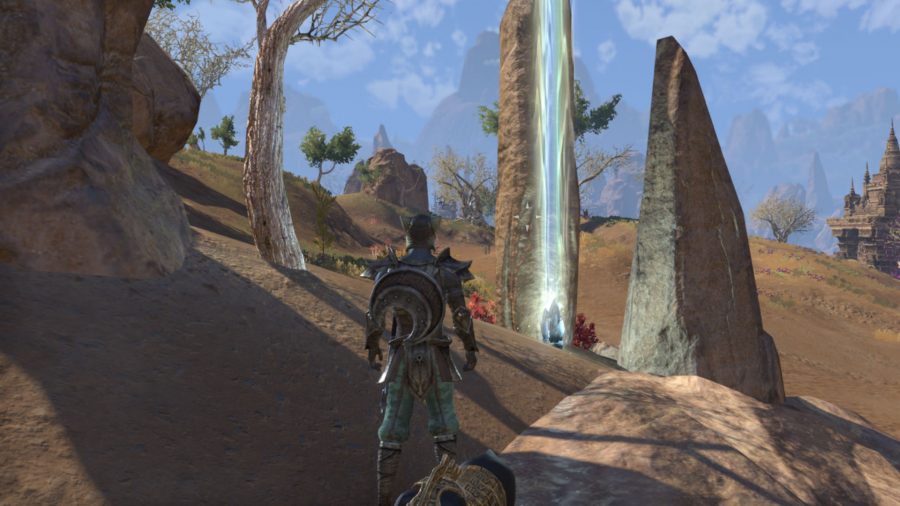 Don’t worry, you only need to find a dragon’s corpse: you don’t actually need to fight a fire breather to get this one. From the southwestern spot of Cicatrice – itself southwest from The Stitches Wayshrine – and head east to two stone pillars in the hills. 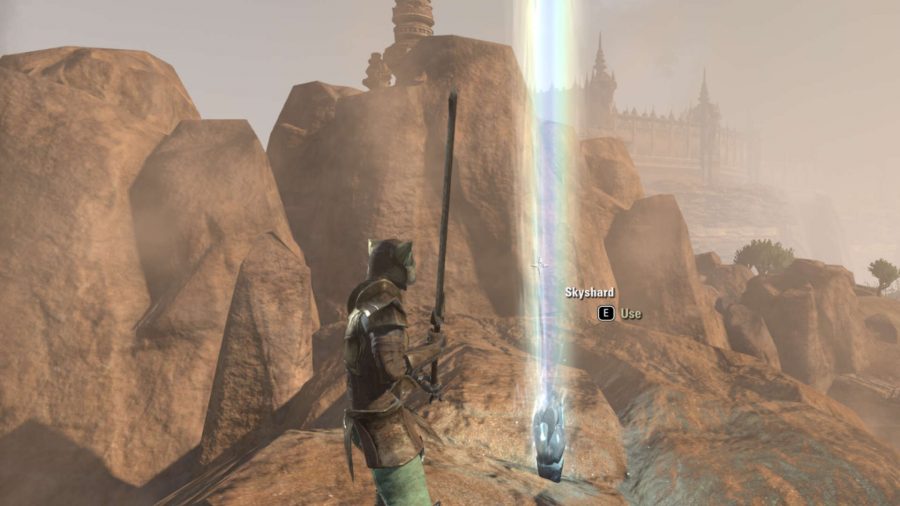 North of Orcrest – the massive Public Dungeon located at the centre of the map – is a crossroad, and north of that is a path with a rocky overpass above it. Follow the trail and bear left and fold back on yourself to get the shard overlooking the Ashen Scar. 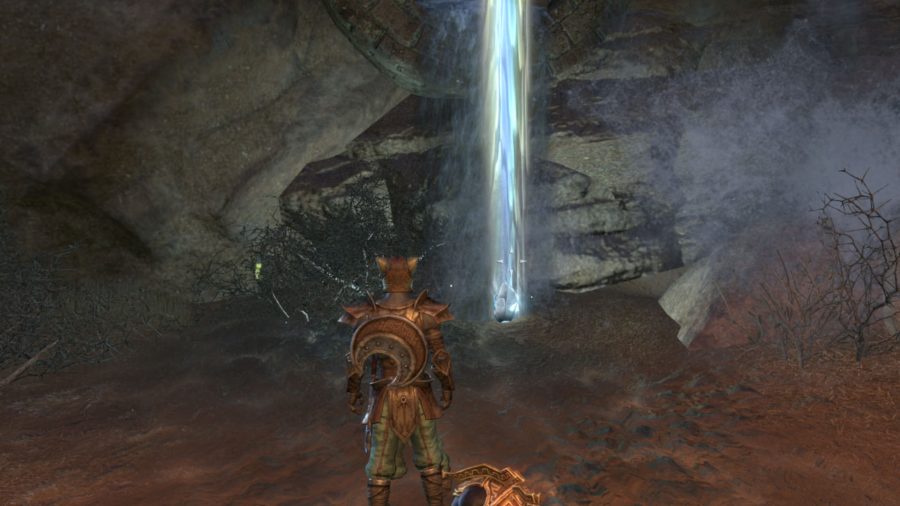 Back to Orcrest, and you actually have to head into the Dungeon this time, so we recommend finding some extra pairs of hands. First, get to the sewer entrance: from the entrance, head straight forward and then turn right, hugging the outer wall until you find it with wooden doors closing it off. The ESO Skyshard is in the centre of the Orcrest Depths that follow. 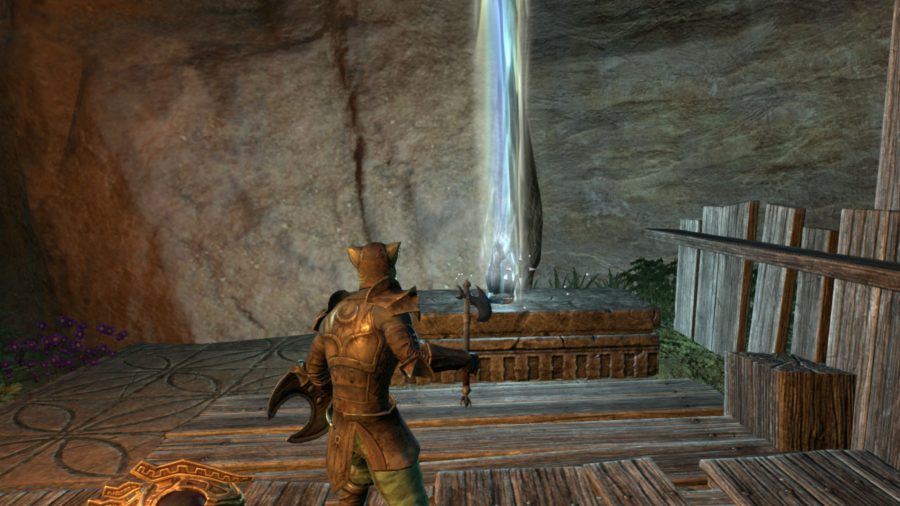 Southwest of Rimmen is a crossroads that, if you turn right, leads to the Rimmen Necropolis Public Dungeon. Head inside and towards its northeastern corner. The room you want has two large animal statues in it. In the northeastern part of this room the Skyshard’s skill-boosting power can be absorbed. 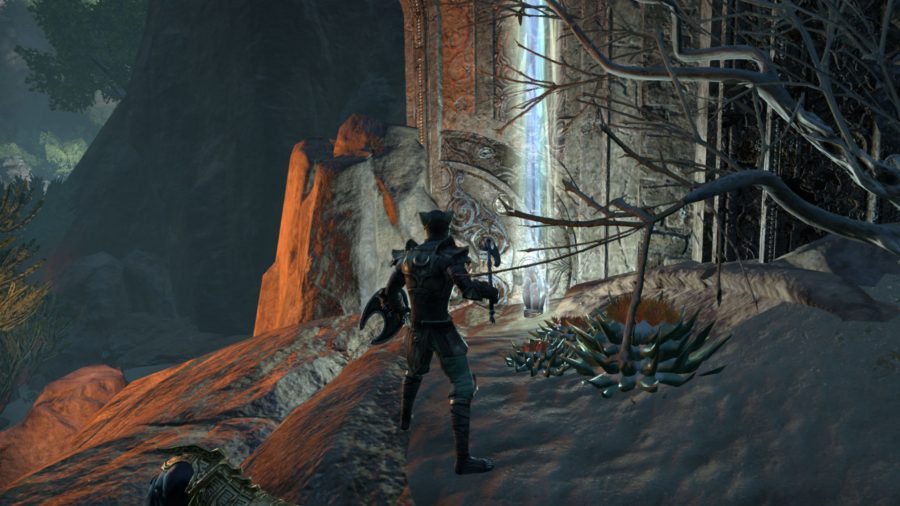 In the Desert Wind Caverns Delve – accessed by heading northeast from The Stitches Wayshrine toward a mountain range – you can see the Skyshard straight away on the ledge to the right. This can’t be climbed up to, however, so bear right past it and take the entrance at the back of the main room and keep heading right until you get back round to the first room. 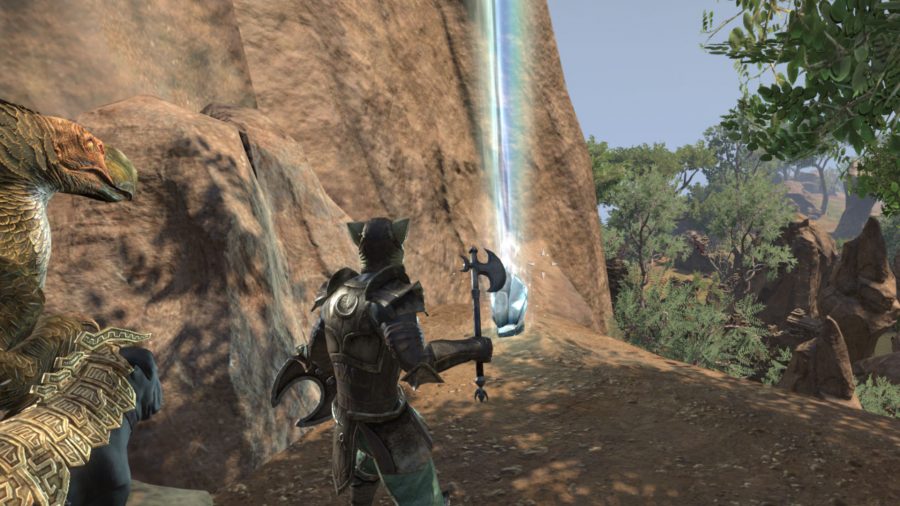 This Skyshard is found in the Predator Mesa Delve on the west side of the map – head northwest to it from The Stitches Wayshrine. The shard itself is on the northern side of the Delve, immediately north of the boss battle and up a rocky path. 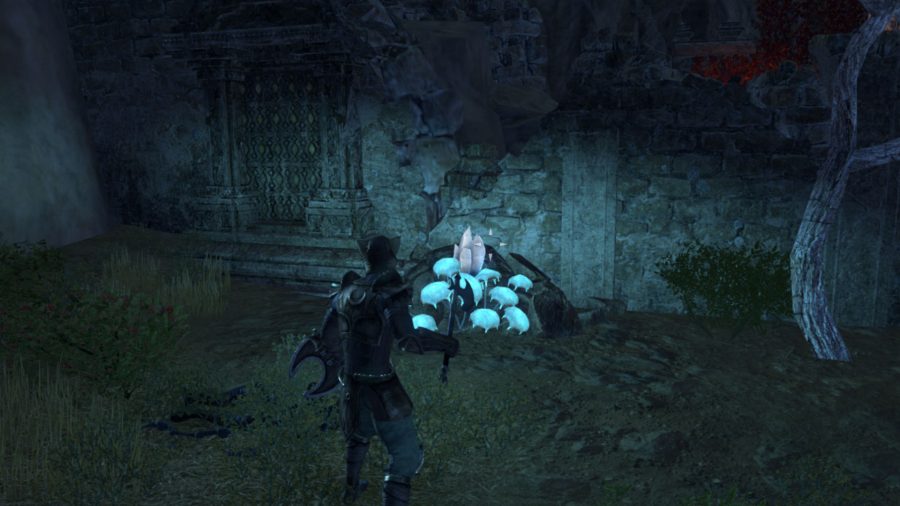 Another shard, another Delve – this time it’s Ignominy. Head west from Riverhold to get to it and, once inside, head south to its largest room. Amid some ruins and blue flora is where the shard can found. 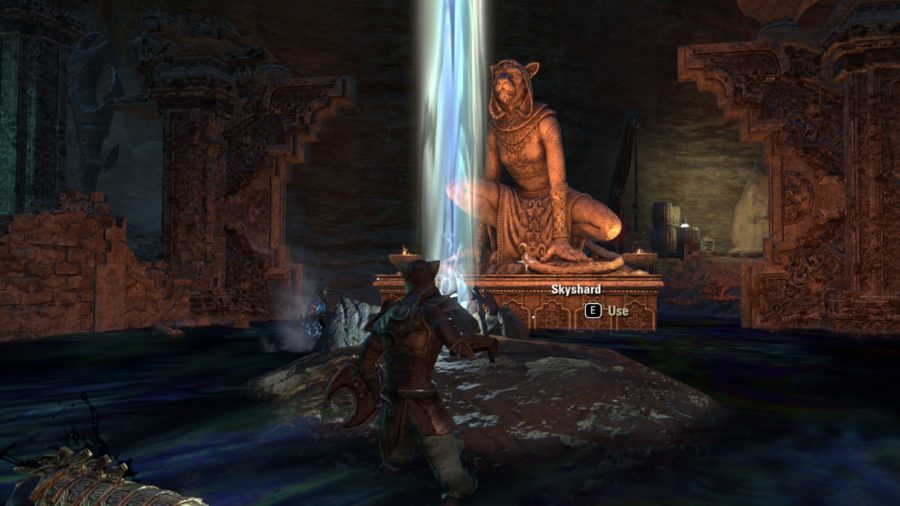 Head north from the Scar’s End Wayshrine to the Darkpool Mine Delve for this Elsweyr Skyshard in The Elder Scrolls Online. In the central chamber with two kneeling Khajiit statues, the hidden item is on a little island atop the oily waters. 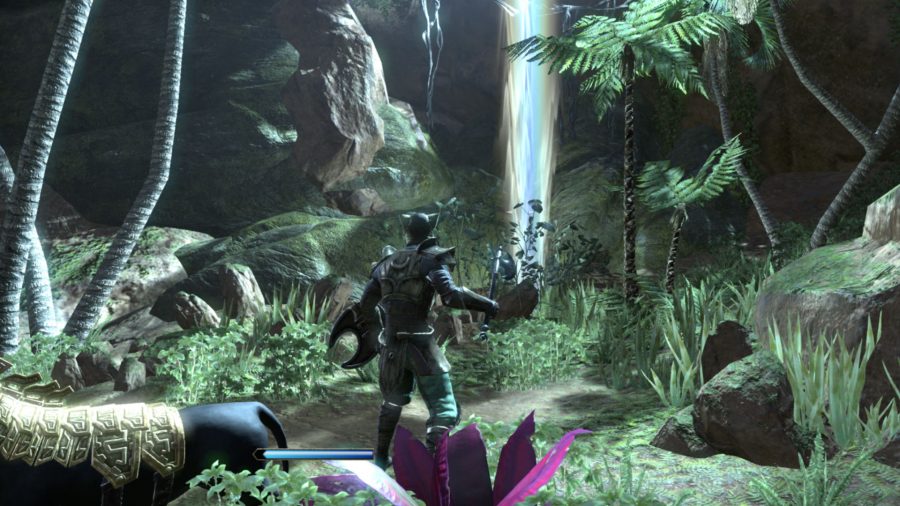 The Tangle Delve is roughly in the southeast corner of the map, right on the main road. Head to the southeastern corner of the Delve and the little oasis below a hole in the cavern’s roof. The Skyshard is here hidden amid some foliage. 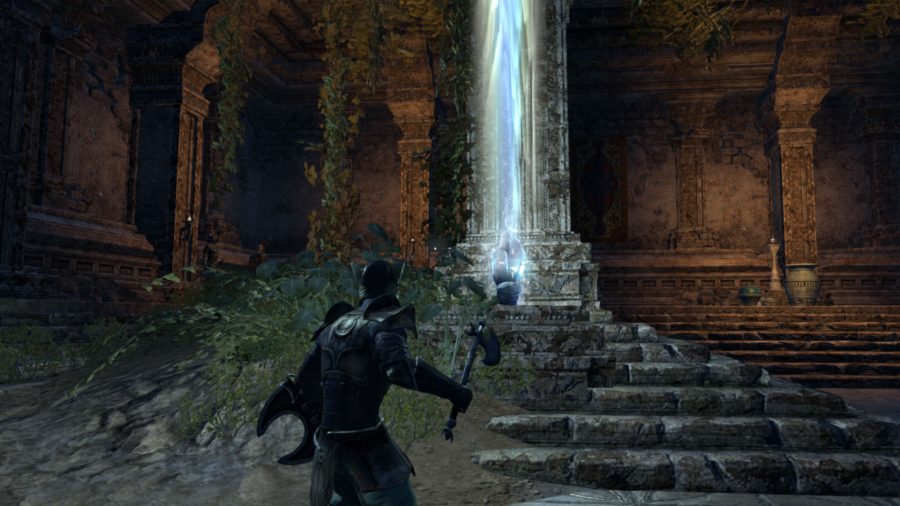 One of a few dungeons cut into the mountains on the northern side of the map, The Serpent’s Tomb Delve can be found between Sandswirl Manor and Hill of Shattered Swords. Bear left and take every left turn until you get to the fourth room – it’ll have a minotaur in the centre of the room and four big pillars.

Skyshard’s the limit: ESO is one of many new MMOs to try

Now, if we have our maths right, we make that six whole skill points you can use to empower your character if you visit each one of these shards. Of course, there are other ways to gain skill points in The Elder Scrolls Online: the most efficient ways are by leveling up quickly through the completion of main quests and other major storylines. You can also get stuck into the PvP-based Alliance War modes as well as dungeons.

And that just about does it, those are all ESO Skyshard locations in Elsweyr. We hope you use your brand new skill points effectively and had a great time taking the tour of the verdant hills and craggy mountains of the Khajiiti homeland. If that’s you all caught up on ESO – firstly, we’d love to have more of your free time – then take a gander at the other best MMOs you can play on PC. Now that your scavenger hunt is over, sit back in your home with a stiff glass of Clarified Syrah Wine to celebrate a job well done.