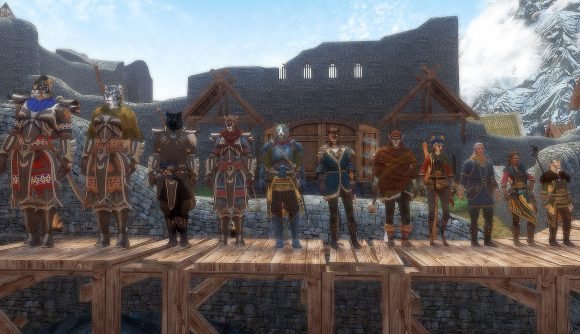 The Khajiit are one of the coolest races in Skyrim. Lynx-like in how they appear in the 2011 RPG and originating from the land of Elsweyr, they’re known for their sneaking and melee skills, thanks to their talon-like claws. Now, a modder has made the Khajiit even greater by adding a whole lot more variety to the types that you’ll encounter in Skyrim, which reflects the many different versions found in their lore.

Modder allonsywisegirl says their Project Ja-Kha’Jay – Khajiit Diversity Overhaul mod changes the appearances of some of the game’s Khajiit to “add some (lore-friendly!) diversity”. While there are 17 different known types of Khajiit in Elder Scrolls lore, the mod adds an extra six variants on top of the base game’s one option, which – as the modder says – appears to reflect the Cathay-type Khajiit.

These include a range of types that are pretty different to the ones you might have seen in Skyrim and wider Elder Scrolls series so far. For example, there are the Ohmes, which did feature in the very first game, Arena, back in 1994. They’re far more humanoid in their appearance than many of the Khajiit and they’re pretty similar to the Bosmer wood elves, according to the series’ lore. There are also the Ohmes-Raht, which are taller and a little more feline than their Ohmes cousins, with light fur and a long tail.

The mod also adds the enormous, powerful, and tiger-like Pahmar-Raht, as well as the Cathay-Raht, who are much larger than Skyrim’s regular Cathay Khajiit, with a jaguar-style appearance. They’re known to be incredibly agile and strong. Finally, the mod additionally brings the Tojay and Dagi-Raht to Skyrim – the former being a mysterious type that little is known about, and the latter a smaller variant that has a similar lynx-like look as the Cathay, but are shorter than many of the other types. You can find the list of Khajiit overhauled on the mod’s page under a little drop-down button.

Here’s an idea of how some of the new-look characters appear in-game: 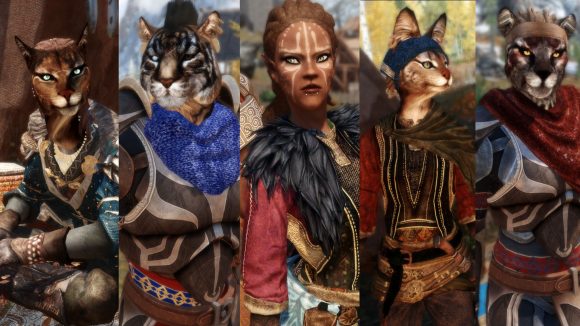 It’s worth noting that the mod doesn’t include any armour, so you’ll need to grab that separately. If you’re keen to bring more of the Elder Scrolls lore’s different kinds of Khajiit to Skyrim, you can find the mod at Nexus Mods here. As ever, mod with caution! And be sure to check out our rundown of the best Skyrim mods and best fantasy games on PC at those links.