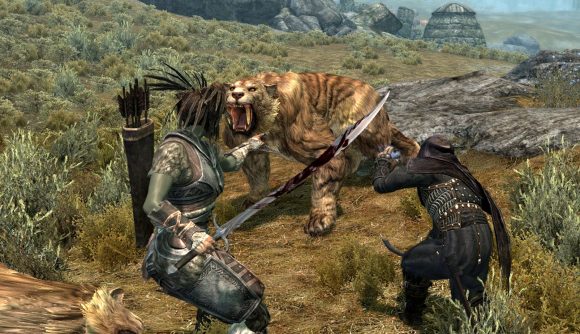 If the many beasts and bethemoths of Skyrim aren’t quite as challenging or deadly a threat to your Tamriel travels as you’d hope, one of the Skyblivion remaster project’s modders has got just the thing to help. Rougeshot’s new ‘Savage Skyrim’ mod “gives a more realistic and believable feel” to the RPG game’s roaming creatures, meaning you’ll feel the full force of their weight and abilities like never before. Oh, and it also tweaks Skyrim itself, “providing a new challenging world to survive in”. Gulp.

That’s according to the mod’s description, in which Rougeshot says Savage Skyrim is designed to “give the player the feeling that every creature has weight and mass to their attacks”. That means each and every creature found in the base game gets “new or tweaked abilities”, giving them the power to stagger you – or even knock you flying – depending on their size relative to your very unlucky Dragonborn.

“With Savage Skyrim,” the modder explains, “if you’re hit by a creature that would weigh several hundred pounds more than an average human, your combat experience will reflect that.” Eek.

The mod adapts the realism of Tamriel’s beasts in other ways, too, that might benefit you as you tackle them. They’ll be afraid of flames, for example, so keeping a torch handy to wave about at the right moment will help you live to fus ro dah another day. Phew. Taking inspiration from the existing Mortal Enemies mod, the creator explains, Savage Skyrim also takes away creatures’ edge in terms of their movement and precision in combat, which should help you dodge their attacks a little easier – if you’re quick.

As for the creatures themselves, the mod includes a bunch of Rougeshot’s previous creations, which means “savage bears”, “wicked werewolves”, “supreme vampire lords”, and “tyrannical trolls” to tackle. 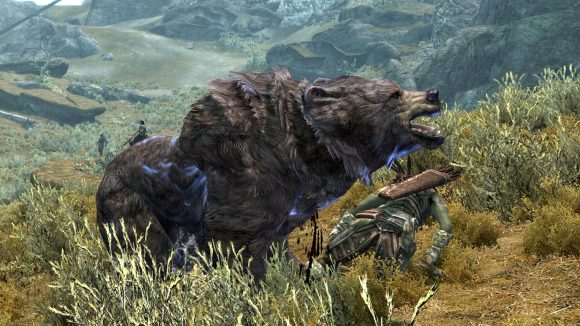 Savage Skyrim “is going to make Skyrim a far more dangerous and difficult place to traverse,” the modder says. “But if you’re like me and enjoy the challenge of overcoming or getting ripped apart by dangerous creatures then this mod is definitely for you!”

If you do think that sounds like you, head to Nexus Mods here to grab it. Just be sure to follow the modder’s instructions to get it running smoothly and, as ever, mod at your own risk! Also take a look at our list of the best Skyrim mods around if you’re keen to find more goodies to install.