There is a lot going on underneath the hood of Skyrim, and if you are feeling a bit technical you can start messing around with the game’s functions by using Skyrim console commands and cheats in the game’s developer console. With a few commands, you can instantly complete quests, teleport across the world, or even access spells that never made it into the final version of the game. So whether, you want to skip through some of the game’s busywork, drastically alter your character build, or nerf the living daylights out of a giant, we’ve got the Skyrim console commands for you.

We’ve brought together all of the commands and cheats that can be used in Skyrim in one handy list as well as a quick guide to correctly entering them. You will also notice that our list is broken down into a a few key categories starting with basic and fun cheats and working down towards some more granular tweaks you can employ.

Just be sure to check out what each console command does before popping it into the developer console – you know what they say: with great Skyrim console commands, comes great responsibility.

How do you enter Skyrim commands?

When typing in console commands, remember that commands are not case sensitive, so don’t worry about caps lock. You’ll find that many commands will have a section that says something like<itemID><#>. In these cases, do not type the<> brackets, nor the #. Instead, type out the name of the item you want, and follow up by replacing the # with thenumberof items you require.

Some commands require an item to be targeted. To do this, open the console, and then click on the object. The name of the targeted object will then appear in the middle of the screen. 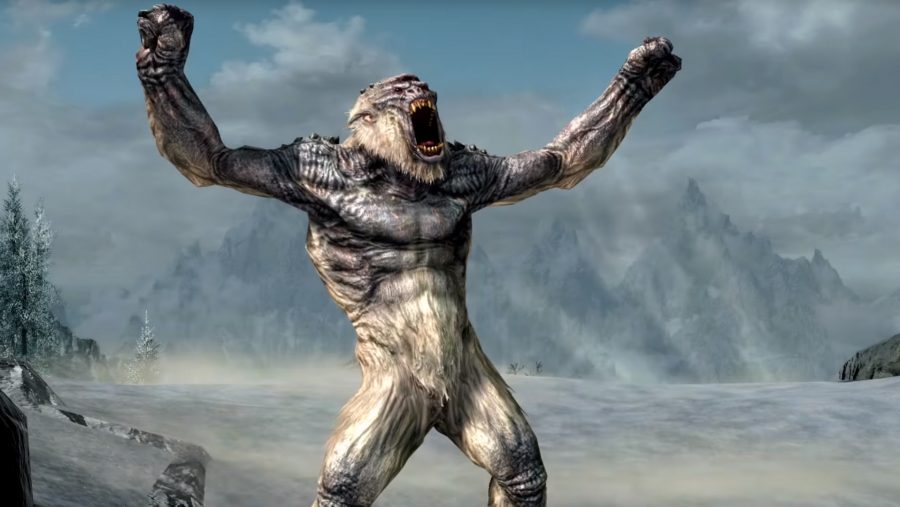 Toggle Immortal Mode
TIM
Turns on and off immortal mode. You character will still take damage, but cannot be killed.

Kill Target
kill
Instantly kills the target. Will not work on ‘essential’ NPCs.

Add gold to Inventory
player .additem 00000f 100
Adds 100 gold to your inventory. Replace 100 with the amount of your choice for more or less gold.

Resurrect
Resurrect <#>
Brings a dead NPC back to life. Using <1> resurrects them with all items intact. Using no number removes the corpse and creates a fresh copy of the NPC.

Empty Inventory
removeallitems
Removes all items from the target’s inventory. Add <player> to transfer all items to your own inventory.

4: <level cap> The highest level this NPC can be. 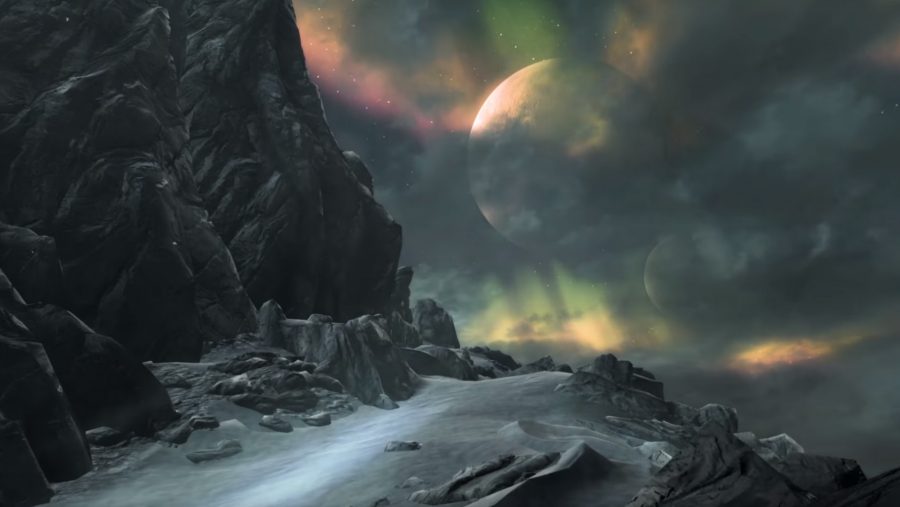 Toggle Grass
tg
Turns grass on and off.

Toggle Trees
tt
Turns trees on and off.

Toggle Water Display
tws
Turns water display on and off when not underwater.

Toggle Framework Border
twf
Turns the framework border on and off.

Toggle Skybox
ts
Turns skyboxes and fog effects on and off.

Toggle Map Regions
tfow
Turns unexplored areas on the local map on and off.

Toggle Image Settings
teofis
Turns taxing image settings such as blur on and off.

Toggle Script Processing
tscr
Turns script processing on and off.

Toggle Collision
TCL
Toggles clipping for a targeted item. If you have become stuck on an item, targeting the item and using this command will let you move through it.

Toggle Menus
tm
Turns interface menus on and off. Will completely remove the HUD.

Toggle Artificial Intelligence
TAI
Turns artificial intelligence on and off. Characters will not react to you.

Toggle Combat Artificial Intelligence
TCAI
Turns combat AI on and off. Characters may become hostile, but will not attack. Combine with TAI command to completely disable NPCs.

Toggle Player Control
tc
Turns on and off control of an NPC. To use, target an NPC and type the command. The NPC will now be controlled, and player will have command of both their character and the NPC simultaneously. 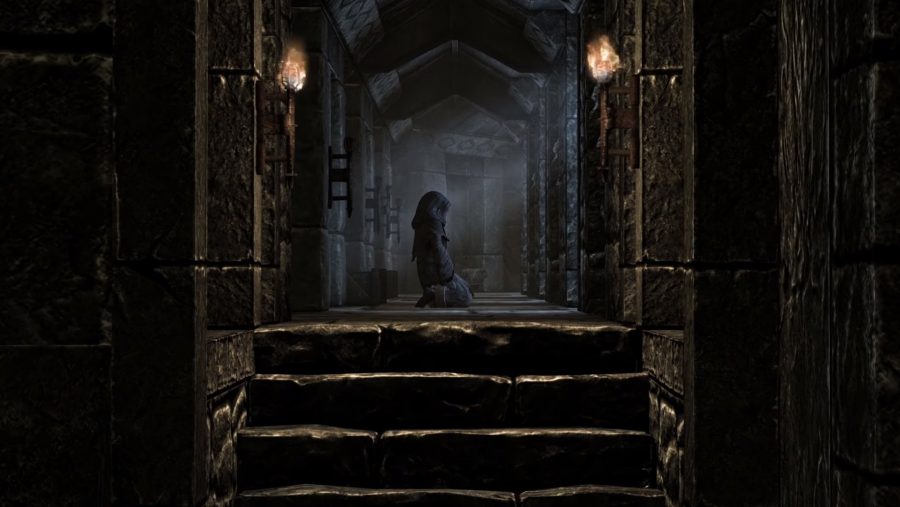 Equip Item
equipitem <itemID> <#> <left/right>
Forces a target to equip an item that’s in their inventory. Select which hand they use by deleting <left/right> as applicable.

Equip Spell
Equipspell <SpellID> <left/right>
Forces a target to equip a spell. Spells cannot be acquired using the command, so they must already be known by the target.

Unequip Item
Unequipitem <ItemID> <#><left/right>
Forces the target to unequip an item they are using.

Make an NPC mortal/immortal
setessential <BaseID> <#>
Sets the mortality of the target. Use <0> for mortal, or <1> for immortal.

Disappear
Disable
Makes a target disappear. The target will still be loaded in the cell, but will not be visible.

Detele
MarkForDelete
Permanently deletes a targeted item. This removes the target entirely, rather than just making them disappear.

Set Ownership
setownership
Allows you to make an item ownerless. When picked up, the don’t become owned by the player.

Lock
lock <#>
Locks a chest, door, or person. The # value is the level of lock difficulty, between 0-100. Anything higher than 100 is an unpickable lock.

Resurrect
Resurrect <#>
Brings a dead NPC back to life. Using <1> resurrects them with all items intact. Using no number removes the corpse and creates a fresh copy of the NPC.

Empty Inventory
removeallitems
Removes all items from the target’s inventory. Add <player> to transfer all items to your own inventory.

Gender Change
sexchange
Changes the gender of the targeted NPC, or the player character. Will change the body shape, but not the head and face.

Set Scale
setscale <#>
Sets the scale of a targeted object. If nothing is targeted, it applies to your character. When applied to a character, it increases or decreases speed and damage.

Teleport NPC
moveto player
Teleports an NPC to you.

Set Player Relationship
player.setrelationshiprank <RefID> <#>
Changes the relationship between a player and an NPC, which alters their disposition to you. Replace # with numbers 1-4.

Add or Take items from NPC Inventory
openactorcontainer <#>
Certain actor NPCs will have different items depending on their faction ranking. Use this command, replacing # with 1-4 depending on the actor’s rank status. This will allow you access to their inventory.

Return Position
GetPos <axis>
Returns the position value of the target. Replace <axis> with the x,y,z values of the axis required. This is useful for positioning items precisely.

Set Position
SetPos <axis> <#>
Sets the position value of the target. Replace <axis> with the x,y,z values of the axis required. This is useful for positioning items precisely.

Return Angle
GetAngle <axis>
Returns the rotational axis of the target. Replace <axis> with the x,y,z values of the axis required. This is useful for positioning items precisely.

Set Angle
SetAngle <axis> <#>
Sets the rotational axis of the target. Replace <axis> with the x,y,z values of the axis required. This is useful for positioning items precisely. 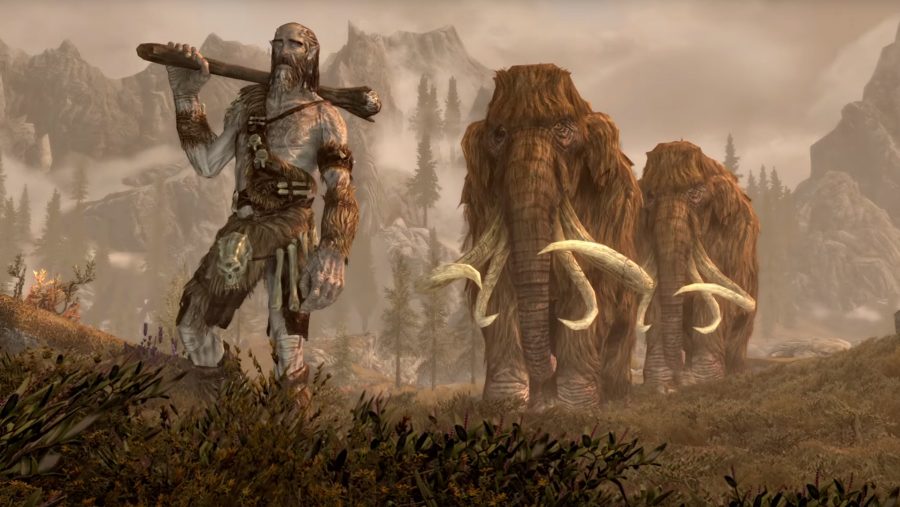 Get Current Stage
GetStage <QuestID>
Gets the current quest stage for the chosen quest.

Display Quest Stages
player.sqs <quest id>
Shows all the stages of a quest.

Set Quest Stage completed/uncompleted
SetObjectiveCompleted <QuestID> <stage> <1 to set, 0 to unset>
Sets a quest stage as either completed or uncompleted.

Set Quest Stage
SetStage <quest id> <stage value>
Sets a quest to a specific stage. Useful for if a quest has glitched.

Move to Target
movetoqt <QuestID>
Moves you to the target of the quest.

Complete All Quests
caqs
Completes all stages of every quest. (Buggy and not recommended) 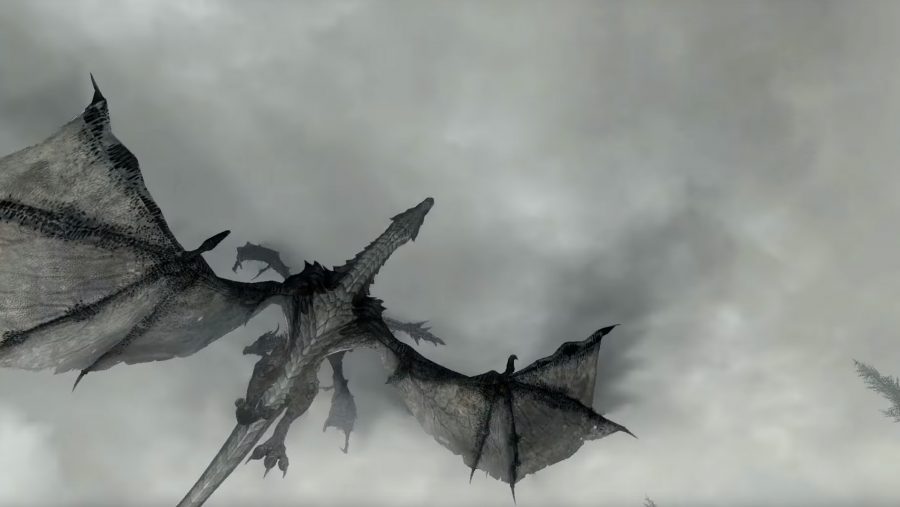 Unlock Shout
player.unlockword <shoutID>
Unlocks a Dragon Shout to be used by the player.

Add Shout
Addshout <ShoutID>
Adds a Shout to the player’s skill list. The shout must first be unlocked.

Change Race
SetPlayerRace <Raceid>
Changes the race of your character

Set Race
Player.SetRace <RaceID>
A slight variant on Change Race, this allows you to become a race not available in character creation, such as a dragon by using DragonRace as the raceID.

Adjust Field of View
fov <#>
Allows you to set the field of view. Default setting is 75, and maximum setting is 160.

Set Free-Flying Camera Speed
sucsm <#>
Sets the speed of the free-flying camera. Default setting is 1. Setting 2 will double the speed, setting 0.5 will half the speed.

Camera Angles
animcam
Allows you to change the angle of the camera without changing the direction your character is facing. Keeps camera movement independant of character movement.

Activate both 1st and 3rd person views
s1st
While in third person view, the character’s arms will still display behind the player character, allowing you to be in both first and third person simultaneously. Because you’re a mad person.

Open Character Customisation Menu
showracemenu
Opens up a character menu showing magicka, stamina, and health. You can make changes to your character from this menu.

Add Spell
player.addspell <variable>
Adds a specified spell, disease, or power to your abilities. Can be used to add spells that are in the game’s code but not actually used, such as the Conjure Dragon Priest spell.

Remove Spell
Player.removespell <variable>
Removes a spell, disease, or power from the player.

Add Item to Inventory
player.additem <ItemID> <#>
Adds an item to your inventory.

Remove Item from Inventory
player.removeitem <ItemID> <#>
Removed an item from your inventory.

Drop Item
player.drop <ItemID> <#>
Will drop the specified item on the floor.

List Inventory
player.showinventory
Lists all items in your inventory, along with their itemID codes. Use PgUp and PgDwn to scroll the list.

Add Bounty
player.setcrimegold <#> <FactionID>
Adds a specific amount of gold to the bounty you have with a specific faction.

Set Player Level
player.setlevel <#>
Sets your current character level to any given value.

Teach Word of Power
player.teachword <WOOP>
Teaches your character a World of Power.

Set Actor Value
player.setav <AV> <#>
Sets the Actor Value to any given value.

Modify Actor Value
player.modav <AV> <+/-#>
Modifies the Actor Value by a given value.

Place Item
player.placeatme <Item/NPCID> <#>
Places an item or actor next to the player.

Increase Skill Points
IncPCS <AVskill>
Increases skill points in a given field by one point.

Give Skill Points
AdvSkill <AV> <#>
Gives the player a specified amount of skill points to use.

Player Spell Book
psb
Unlocks all spells and shouts, including ones that were not used as part of the final Skyrim game.

Level Up
player.advlevel
Forces the player to level up. Character will only level up, you won’t be able to choose a new perk.

Give Dragon Souls
player.forceav dragonsouls #
Gives the player a specified amount of Dragon Souls to use. 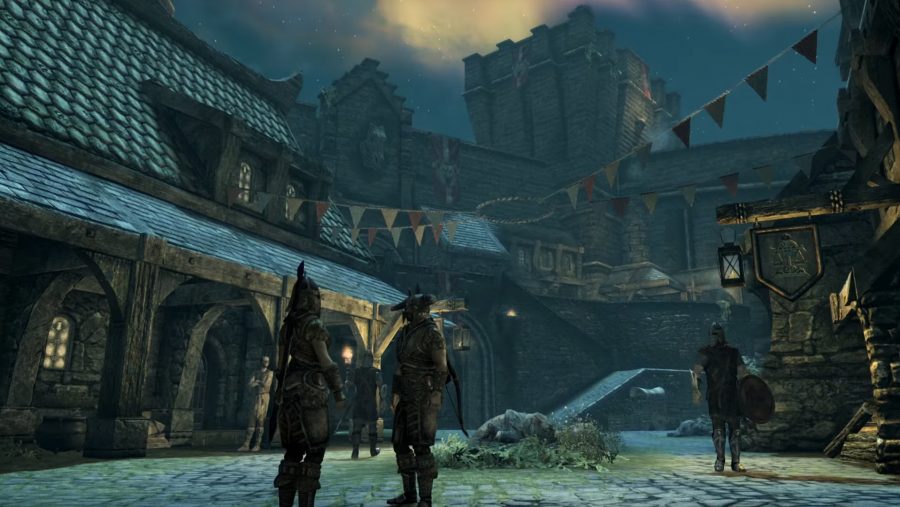 Add NPC to Faction
Addfac <FactionID> <#>
Adds a selected NPC to a Faction. A 1-4 rank can be assigned by replacing #.

Remove NPC from Faction
RemoveFac <FactionID>
Removes a selected NPC from a Faction.

Set Follower Count
set playerfollowercount to <#>
Sets the amount of followers for the player. Setting to 0 clears all followers and allows you to recruit.

Set NPC as Reference
Prid <RefID>
Sets an NPC as a reference, which can then be used with other commands. Useful for when the NPC cannot be seen, such as in glitched quests.

Show All Commands and Descriptions
help <“Object name”> <#>
Shows all descriptions and itemIDs for searched items. For example, searching for “orcish armour” will show all items with ‘orcish armour’ in the name. # sets the limit for search, with 0 having no limits, and 4 demanding an exact match.

Kill all NPCs
killall
Kills all non-essential NPCs in the local area.

Set Time Scale
set timescale to <#>
Sets the rate of time passage in the game. 20 is the default, and 1 is real-time.

Centre on Cell
coc <CellID>
Teleports you to the centre of the cell.

Centre on World
cow Tamriel <Coordinates>
Teleports you to the specified coordinated.

NPC Corpse Clean up
WIDeadBodyCleanupCell
Holds the bodies of NPCs that have died.

Move to NPC
player.moveto <NPCrefID>
Moves you to the location of an NPC.

Looking to make even more changes to Skyrim? Why not try modding with our pick of the 100 best Skyrim mods, which includes everything from bard bears and Dwemer Dogs, to UI overhauls and immersive weather effects.