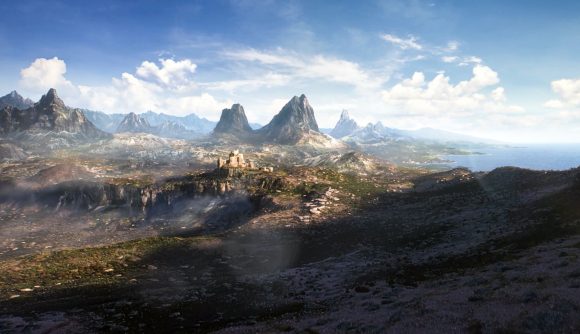 With Skyrim Anniversary Edition having just launched ten years to the day after the iconic RPG’s debut, fans’ attention is naturally once again turning to the prospect of The Elder Scrolls VI. Other than a very gorgeous (and very brief) teaser announcing the game, no other key information about what it’ll bring has emerged yet – however, it looks like the devs definitely acknowledge that it’ll need to be as enduring a game to its fans as its predecessor, Skyrim.

In an interview with GQ about how the Xbox ecosystem has grown beyond just the console itself, Bethesda Game Studios director Todd Howard touches on how TESV’s long life in the hearts and minds of fans affects how the devs approach making its follow-up – and it naturally sounds like it adds some pressure. “I think that would drive me crazy to try to say, ‘Okay, this is the thing you have to top,'” he tells the site, on considering Skyrim’s enduringly long life.

“But then you realise, like, The Elder Scrolls VI has got to be a ‘decade game’. How do you make a game where you go into it, like, ‘people have to play it for a decade?'” It’s a mightily tough one to answer and indicates that, while the team is well aware of the implications of Skyrim’s incredible legacy, this must be a challenging thing to wrangle with in terms of player expectations.

Elsewhere, Howard discusses the team’s progress and goals with The Elder Scrolls VI. The director doesn’t share any details on what the game will bring or when we’ll get to see more of it, GQ reports, but he does explain that, “We’ve been designing”. While the tech behind Starfield – Bethesda’s upcoming sci-fi RPG which launches next year – has been providing the features and technical basis for TESVI, and that the finished thing will launch many years after TESV, the “ultimate goal” for Howard is still the same.

“I do this weird exercise that I like,” he says. “You go back and you read a review of the first Elder Scrolls. And then you read The Elder Scrolls IV: Oblivion’s, then you read The Elder Scrolls V: Skyrim’s. You black out a couple things. And they read the same. ‘You’ve stepped out and, oh my gosh, it feels so real.’ People change. Technology changes. But the ultimate goal is still to make it so that, when you boot the game up, you feel like you’ve been transported.”

If you’re keen to read the interview in full, which also includes comments from Xbox head Phil Spencer about Bethesda’s works and the console’s growing ecosystem more widely, head to the link above. If you’d like to see what we know about The Elder Scrolls 6 release date and any other details so far, you know where to click.