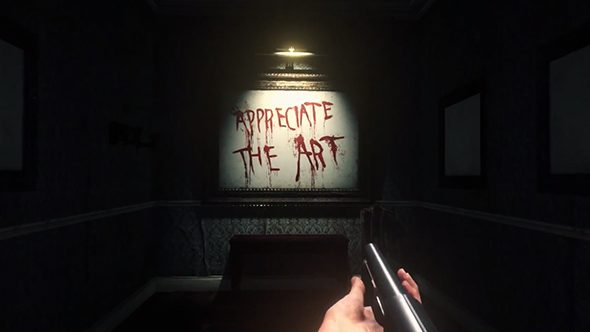 What we all need this Valentine’s Day is a way to get scared into incontinence, and The Evil Within 2 is getting a significant new feature to make your day of romance even more heart-pounding. You can now come face-to-face with all the game’s disturbing monstrosities thanks to a new first-person mode.

If you already have The Evil Within 2, you probably won’t need any of these great zombie-filled games… but it can’t hurt to stock up.

The new perspective comes from a free update to all players across PC and console, which you can get a look at in the trailer above. Enabling it is as easy as flipping a switch in the menu, and you can make the change at any time, even in the middle of the game.

If you’re looking to make your first appointment with the horror of The Evil Within 2, you’ll be happy to know the game is currently 50% off, bringing the price down to $29.99 / £19.99 / €29.99. You can also get a taste with the free trial, and this demo even includes access to the first-person mode throughout the opening chapters.

“A lot of players like playing horror games in first-person,” Tango Gameworks producer Shinsaku Ohara says, “so for those who want to see some of the game’s situations through Sebastian’s eyes, it’s a really neat experience. I think exploring Union in first-person makes the scale feel even bigger than it does when you’re in third-person. Also, being able to see our environments and enemies up close allows players to get an even better look at how much effort went into their designs.”

The mode has actually been part of the game apparently since launch, but has only been available on PC by editing the launch configuration. It worked pretty well then, but now it’s much easier to access.

Original story, October 22:By most accounts (including that ofPCGamesN’s own Kirk McKeand), The Evil Within 2 is one of the best survival horror games in recent years. A mix of Silent Hill-esque psycho-horror and semi-open exploration and Resident Evil 4 style combat and resource management.

One thing nobody was talking about until today is the first-person mode, sneakily hidden away in the PC version. While not anofficialplaymode, I can’t help but think the only reason it wasn’t included as a standard option was console parity, because from the footage above, it looksgreat,and more full-featured than anyone expected.

Normally when you talk about unofficial first-person modes in third-person games, they tend to be glitchy, wobbly messes. Attaching a camera to the protagonist’s head in a 3D space is a recipe for motion sickness, and interactions which require a character’s arms and legs tend to seem awkward.

There’s none of those problems on show here, with the camera smartly shifting to third-person view where appropriate, and bringing the protagonist’s hands into focus when sneaking along walls or leaning around corners.

To use this mode, you’ll first need to enable the developer console mode. Assuing that you’re playing via Steam, right click on The Evil Within 2 in your library once it’s installed, select Properties, then Set Launch Options. Into that box, enter +com_allowconsole 1and launch the game as normal. Once in-game, pop open the developer console with the Insert key.

Now all you need to do is typepl_FPS 1 and you’re done. If all went to plan, you should be getting a much closer, more intense look at the nightmarish world of STEM. Have fun!

Credit goes to DSOGaming for detailing how to access the first-person mode, and YouTuber SkacikPL for capturing the footage above.