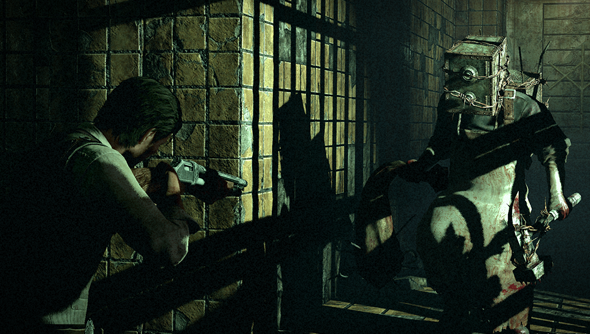 Bethesda have released a patch for The Evil Within that lets you run Shinji Mikami’s horror game at 60fps and removes the black bars that border the screen. The move makes the game much less cinematic, taking away its widescreen-style, but if that’s how you want to play it you now can.

Less than a month ago Bethesda said The Evil Within would be locked at 30fps on all platforms. They said that “Shinji Mikami and the team at Tango designed The Evil Within to be played at 30fps and to utilize an aspect ratio of 2.35:1 for all platforms,” Bethesda explains. “The team has worked the last four years perfecting the game experience with these settings in mind.”

Tango said in the past that this gave The Evil Within a more cinematic experience. Something Fraser says is a “nonsense term”.

Personally, framerates aside, I liked the letterboxing of the 2.35:1 aspect ratio. The camera perspective made me feel more vulnerable as, while I had a wide view of the environment, I couldn’t get a sense of what was close in behind me or above me. It gave the game a claustrophobic air. I still thought The Evil Within was a silly game, though.

The patch adds options to change both the aspect ratio and FPS so you can still keep the letterbox if you like it.

Here are the patch notes of the update: