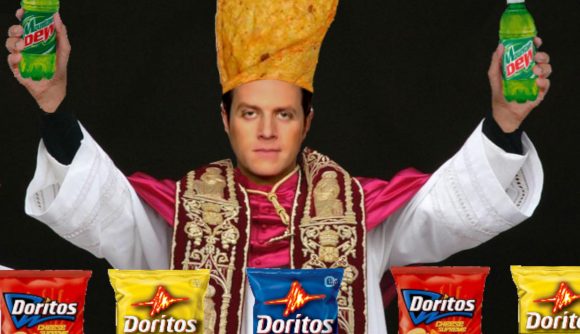 The Game Awards is less than a month away, and the Dorito Pope himself is starting to reveal what we can expect from the show. Ahead of the December show, Geoff Keighley has revealed some details about the show’s format and content, which will include dozens of game announcements. And while there might be a little metaverse, at least there’ll be zero NFTs.

40 to 50 games will be shown at The Game Awards in “some way or another”, as Keighley says in an Epic blog, including at least ten brand-new game announcements. “There’ll be a lot of content for 2022 and 2023 that will be showing us our kind of biggest lineup yet of world premieres and announcements.”.

The show will return to its live format on December 9 at the Microsoft Theater in Los Angeles, and it seems that on stage it’ll all be pretty similar to the pre-COVID format, complete with an orchestra and some number of celebrity guests. The real difference is going to be the crowd, which is going to be cut in half in keeping with safety requirements.

“We’re not doing any NFT stuff”, Keighley says, but if you’re into technological buzzwords that may or may not have meaning outside of corporate investor calls, he still has you covered. “We’re really interested in the metaverse style of how people watch the show. We’re starting to explore the idea of finding new ways to distribute it using games and game technology. That’s actually kind of our next platform, right? We’re a show about video games, so of course, we should be airing it inside of video games if we can.”