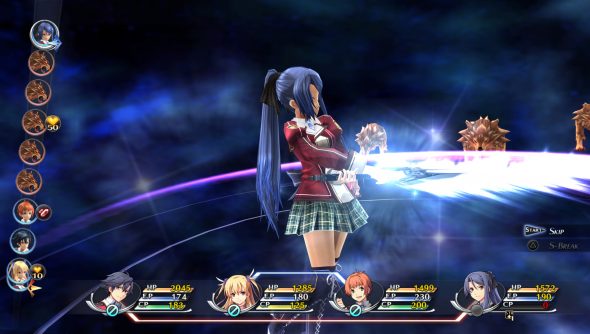 Japanese role-playing game Legends of Heroes: Trails of Cold Steel is out now on PC.

Set in the same “continent” as Trails in the Sky, Trails of Cold Steel is a tactical JRPG known for its dense lore and dialogue, and three other Legend of Heroes are already available on Steam. It’s ok if you haven’t played them, though – Trials of Cold Steel kicks off a new story, so it’s wholly accessible to those new to the series.

Got a few hundred hours to kill? Check out the best RPGs on PC.

The PC version of 2013’s Trials of Cold Steel – which will feature boosted visuals and a mind-bending additional 5,000 lines of dialogue – puts you in the shoes of Ream Schwarzer, a 17-year-old student preparing for his new life at Thors Military Academy when he “notices that his crimson uniform differs from the standard outfits issued to his peers – typically green for commoners, and white for nobles.”

Turns out he’s kind of a big deal, being just one of nine “hand-picked students of various backgrounds and abilities” selected for Class VII.

And if you’d like more about how the game’s changed between the 2013 PS3 original and the PC remaster, we’ve got you covered.