Battle for Middle-earth I and II were two excellent RTS titles in which the armies of Tolkien’s iconic fantasy setting vie for supremacy, with the assistance of hero units from the books and films. The two games came out in 2004 and 2006 respectively, so they look pretty drab by modern standards but, thanks to their fans, mods are now available to bring both games into the era of HD graphics.

Sadly, these things aren’t up to me, but if they were, BFME2 would be on our list of the best strategy games on PC.

The mods are essentially model packs, featuring both reworked and all-new unit and hero models. Battle for Middle-earth 1: HD edition was released at the end of last month, while the sequel’s equivalent was first released in December last year, but is still being updated – BFME2 got its patch 2.02 v7 release just yesterday, and also has a version to support the popular Age of the Ring mod. 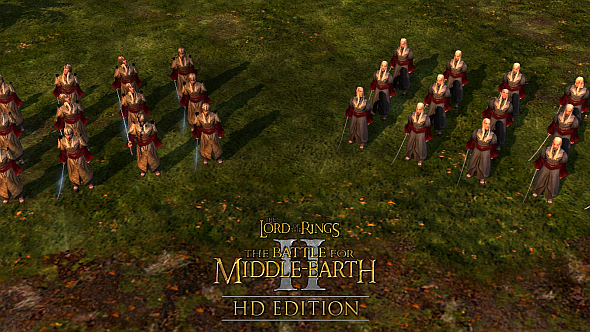 Original publishers EA were forced to switch off the official servers on New Year’s Eve 2010 due to the expiration of their Lord of the Rings videogame licence, but you can still play multiplayer games of BFME 1, 2, and Rise of the Witch-King via the T3A: Online unofficial server. Best of all, the HD edition mods are intercompatible, meaning you can use them online even if your opponent doesn’t have them installed.