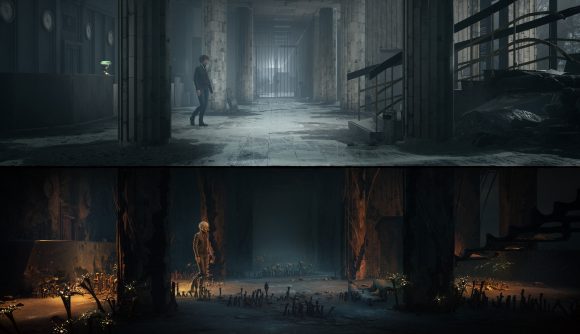 The Medium has had a very successful launch, according to developer Bloober Team. The horror game has already recouped its development and promotion costs, says the team.

In an interview with Polish financial outlet money.pl, as translated by industry analyst MauroNL, Bloober Team isn’t coy about The Medium’s performance. Mauro’s excerpt from the piece reads: “Sales of The Medium reached levels that covered the production and marketing costs of the game, producer Bloober Team reported. The game debuted on the market on Thursday, January 28 this year.”

Several factors worked in The Medium’s favour on this – it’s a new game for the Xbox Series X, letting players stretch the hardware a little, it launched on PC and console, providing a larger audience, and it was on Game Pass day one, meaning word-of-mouth is high. Couple all of this with being a triple-A survival horror from a reliable studio, who managed to bring acclaimed Silent Hill composer Akira Yamaoka on board, and you have something that has a lot going for it.

Our Jordan Forward enjoyed it reasonably well, writing in his review: “Good storytelling and a palpable atmosphere carry you over the finish line and leave you with some memorable moments, but clunky gameplay occasionally makes reaching that point more of a chore than a joy.”

“Sales of #TheMedium reached levels that covered the production and marketing costs of the game, producer Bloober Team reported. The game debuted on the market on Thursday, January 28 this year.”

If you’re looking to play and want to make the most of it, we the best The Medium PC settings.