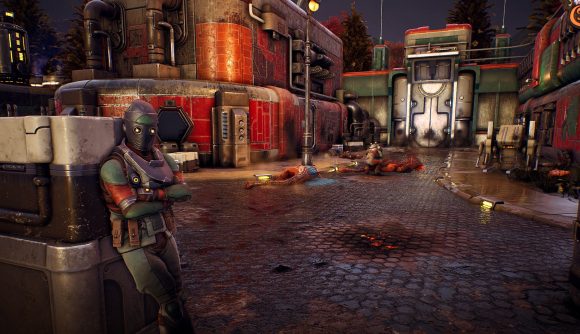 Unless you’re dead-set on waiting for the Steam version, it’s just one week from take-off on Obsidian’s The Outer Worlds. As such, the developer has released the system requirements for the open-world space RPG, and they probably won’t have you needing an urgent upgrade to play.

The most surprising part is the size – you’ll only need 40GB of hard-drive space on The Outer Worlds release date. Not tiny, but smaller than what you’d expect from a sprawling space-travelling action-adventure, and a far-cry from the above-100GB big releases nowadays often require. The post on Obsidian’s official forum makes no mention of graphical options such as FOV slider and what have you, so we’ll likely have to wait until reviews come out to know more on those.

Full specs can be found below, or you can check out our sister site System Requirements Lab for everything on The Outer Worlds system requirements.

Given the modest requirements, many players will be able to launch The Outer Worlds on recommended or above day one. From then, we can see just what the game offers on more advanced kit. The Outer Worlds comes in for landing on the Epic Games Store and Microsoft Store on October 25.