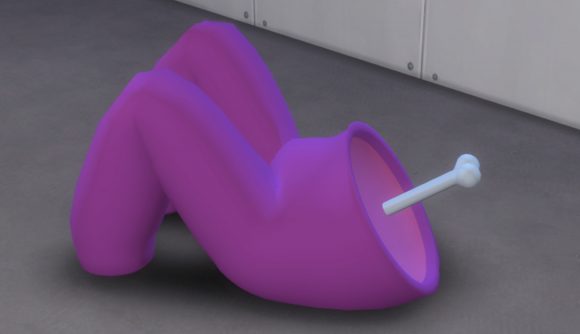 Among Us has been the perfect pandemic mix of fear, paranoia, and good times with friends, and it’s now so popular that it’s spilling over into other games. Players have been designing potential Rainbow Six Siege Among Us skins, and now it’s time for modders to take over. Of course, that means you can now dress your Sims up with custom Among Us outfits.

The Among Us outfit for The Sims 4 is available through Nexus Mods (thanks, Game Informer) in a variety of colours appropriately matched to the original. Given the disdain for hands in Among Us, you can get versions with or without humanoid paws. The mod also features a number of hats to match, including a crown, a roll of toilet paper, a post-it note marked ‘dum’, and a crown. You know, like from Fall Guys – because one crossover just isn’t enough.

An update for the mod has even turned the dead body into an outfit, so your sim can strut around the house cut in two with a single white bone standing as a monument to life.

But if Sims 4 content is your jam, the next big expansion for the game is due to be detailed soon. “Cars, babies, farms, and bunk beds” will not be part of it, however, as Maxis has confirmed early.