The Talos Principle, the philosophical puzzle game from Croteam and Devolver, is getting some DLC this spring. It’s called The Road to Gehenna. It will be four episodes long, and it sounds like it’s meant for experienced Talos puzzle-solvers.

Jules like The Talos Principle when he reviewed it last year, though he pointed out that it suffered from comparisons to games like Portal. But he had nothing but high praise for the puzzles, and that’s what The Road to Gehenna is all about.

Croteam promise that the expansion will “take experienced players through some of the most advanced and challenging puzzles yet. The Talos Principle writers Tom Jubert and Jonas Kyratzes have returned to pen the expansion and show players an entirely different side of Elohim’s world through a journey to Gehenna filled with new characters and a new society with its own history and philosophy.” 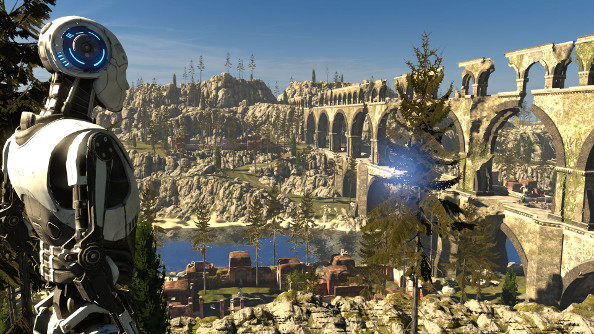 Even if you’re lukewarm on the story, it should be nice getting an expansion’s worth of advanced puzzles later this spring.