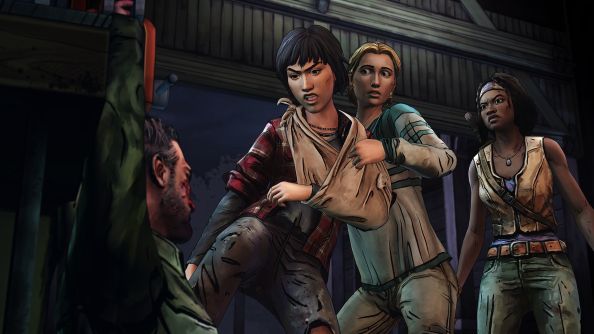 The core team that made Telltale a household name with The Walking Dead may have moved onto Firewatch, but the studio have had little trouble maintaining their new status – killing it with The Wolf Among Us, Tales from the Borderlands and The Walking Dead itself, which found new energy by swapping perspectives to young Clem for its second season.

We knew to expect a Walking Dead: Season Three this year, but not when. Telltale now say it’s coming in the autumn – and hint that we’re likely to hear more at E3 next week.

The news was creatively communicated on Twitter by Job Stauffer, Telltale’s head of creative communications:

The studio had previously suggested we’d see at least one episode of Season Three before Christmas – even with April’s final The Walking Dead: Michonne episode fresh in the memory.

Telltale have also been working on a means of importing saves between platforms, so that you can continue that plotline you’ve been mucking up on the train.

Also at E3: Telltale Batman! Actual Batman. We’ll be pulling up its cape for a rude look around soon enough.