It’s been eight years since we first met Lee Everett. The Georgia man was on a one-way trip to prison after being found guilty of murder, his life spiralling into chaos and ruin. The writers of The Walking Dead cleverly, intertwined Lee’s backstory with one very big mystery: did he murder his wife’s lover?

As is so often the case, the reality of the situation was far more complicated than it first seemed. I began my journey desperate to uncover the truth about Lee’s past, but I stuck around because of his warmth, selflessness, and courage.

When the zombie apocalypse struck, the world changed forever. The rules that governed civilised society went out the window as panicked survivors adopted an ‘everyone for themselves’ mentality. Lee was different. He defied our prejudiced expectations, which were based upon what the audience thought it knew of his past, and showed us the importance of compassion and cooperation. He also taught Clementine – a helpless young girl marooned in her own treehouse – how to survive against almost impossible odds. This relationship would form the bedrock of season one, touching the hearts of players around the world and changing the way we think about zombie games forever.

It’s hard to believe that Clementine was almost cut from the game entirely. Developers were initially worried about shackling the player to a character they didn’t like for hours on end. Fortunately, actor Melissa Hutchinson convinced them otherwise with her performance in the recording booth, establishing a father-daughter dynamic that had so rarely been explored in videogames at this point. In doing so, Telltale paved the way for other paternally driven games, including The Last of Us and God of War.

We should point out here that we’re about to discuss some major plot points in the first season of The Walking dead. It came out in 2012, but heed this spoiler warning if you intend on playing it some day. If that’s you then you can buy The Walking Dead here. 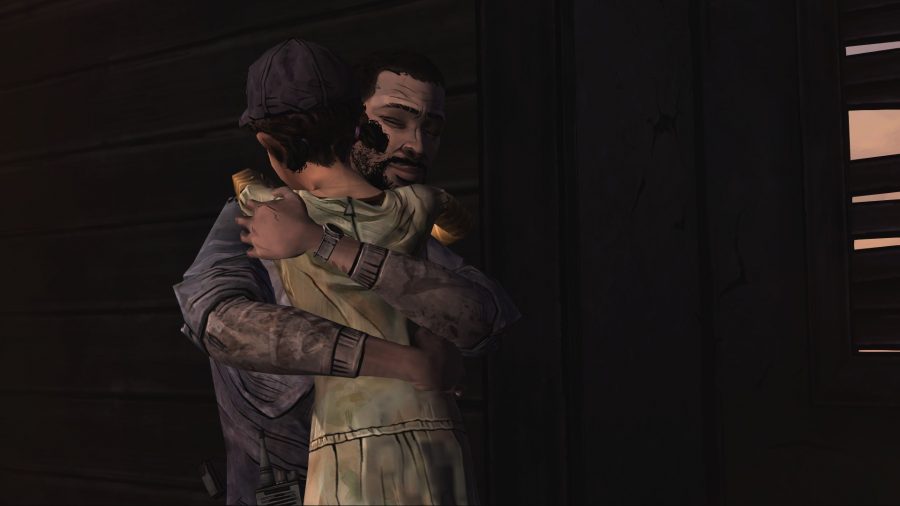 The Walking Dead challenged conventions around race, too. In what felt like a defining moment for the industry, both of the game’s protagonists were people of colour. Telltale took a measured and sensitive approach to the topic of race, avoiding tokenistic attempts to introduce racial issues where they didn’t belong or make sense. Instead, we got more subtle allusions to racial disharmony, undercurrents of just some of the bigotry that Lee, a Black university professor, might have experienced in his former life.

The Walking Dead’s creative directors spoke about this at length at the Game Developers Conference in 2013. “When you make choices about who your characters are, yes, you are defining the context of your game. But you’re not defining the thematic thrust of your game, and that’s very different,” Sean Vanaman, lead writer for season one, said. “Games that feature women, minorities, or somebody of lower socioeconomic status as protagonists – basically any non-typical, non-male, non-white protagonist – they don’t have to automatically be about those things”.

Although The Walking Dead is ostensibly about hordes of shuffling zombies baying for human flesh, the developers didn’t simply ignore Lee’s race or his past experiences of racism – they contextualised them instead. The politics of race, Vanaman explained, were of critical importance to ensuring the game’s context remained truly honest. Lee’s skin colour may not define who he is as a person, but the way others have reacted to his race has unquestionably shaped his character. 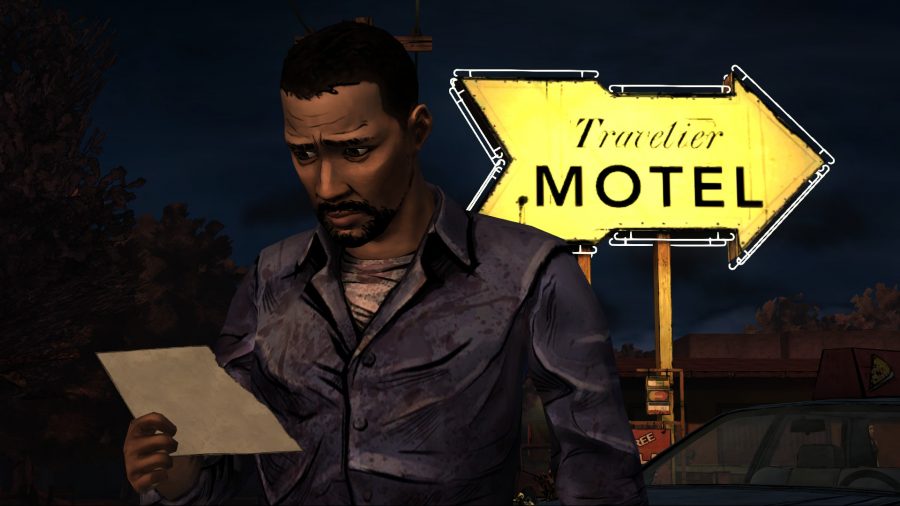 The task for The Walking Dead’s writers was to acknowledge this lived experience and present it in a way that was true to life. To do this, they spent considerable time thinking about exactly who Lee was before everything went sideways. “We wrote a very detailed backstory for what happened between Lee and his wife,” Vanaman recalled. “We know what Lee wore to work, we thought about the specific events in his day where race did matter, we thought about what set him off, we thought about how he responded to aggression and how far he could be pushed.”

Lee’s skin colour may not define who he is, but the way others have reacted to his race has

The totality of these life experiences filled a well for the rest of the development team to draw from. The depth of this backstory is what makes Lee who he is. It guides his response to everything from flirtatious advances to coded racism. Much of Lee’s history – the quarrels with his brother, his marital breakdown, and so on – will remain a complete mystery to players, even though the developers mapped out these parts of his life during the early stages of development. While this process created additional work for the writers, it undoubtedly led to a more nuanced and authentic character portrayal.

Telltale also resisted the inclusion of the kind of harmful racial stereotypes that pervade so many other games with black characters. Gone were the tasteless visual depictions and bizarre speech patterns seen in previous attempts at representation. Lee demonstrated that Black men had a place in games outside of generic shooters, fighters, and sports titles. 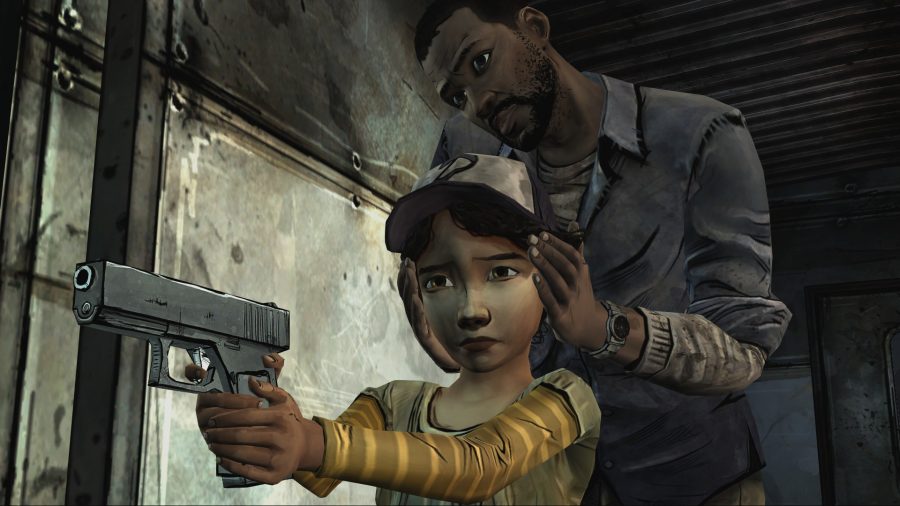 Lee’s role as Clementine’s surrogate father, protecting her from danger and teaching her how to survive in a senseless, violent world, was equally important. It showed there was more to the medium than gruff macho men peppering other gruff macho men with bullets. Male protagonists can be caring, loving, and vulnerable – they can have an emotional side.

And so when it finally came time to part ways with Lee, we all felt the same sense of emotional attachment, like we were losing a dear friend. We walked through hell with this person, dispatching legions of the undead, taking on cannibal farmers, and (worst of all) navigating the minefield that is intergroup politics. This was a man who was even willing to chop off his own arm to rescue someone he loved. Lee wasn’t just some one-dimensional vessel to push around a map in search of quest items. He was so much more. And that’s why we wept upon witnessing his tragic death.