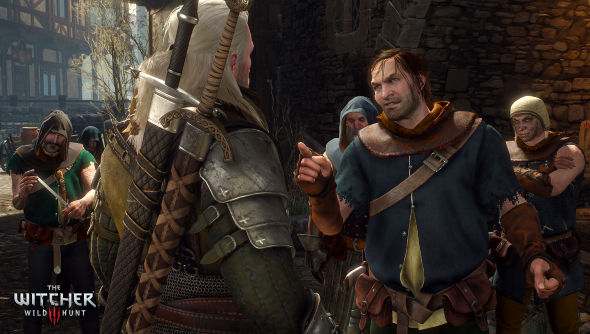 As journalists, we’re always grateful when game developers highlight their most important statements beforehand. That makes The Witcher 3 types CD Projekt RED studio of the week.

“We are making a statement,” began CEO Marcin Iwiński, helpfully. “People just paid full price for our game. We owe them.”

The DLC won’t be “huge stuff” – just enough to spread some goodwill.

“We aren’t giving tens of hours of storyline here, we are giving small bits of pieces that don’t cost a lot,” Iwiński told IGN. “And I think people would feel better about our game, and so they will enjoy the adventure even more.”

The studio hope, too, that the free updates will acts as a positive piracy deterrent.

“Maybe the ones who thought about pirating would not pirate it,” said Iwiński. “Maybe the ones who wanted to trade it back and get something else will keep it on the shelf. That’d be great, and if not that’s fine as well. I hope they’ll have fun.”

The move follows a precedent set at the very beginning of CD Projekt RED. The release of The Witcher 1 was followed by a steady flow of bugfixes, performance improvements, dialogue enhancements and even a redesigned inventory system.

Do you think Iwiński can manage to persuade a few privateers to hang up their cutlesses and take off their eyepatches? And more pertinently: how will you fare with the heftysystem requirements for The Witcher 3?