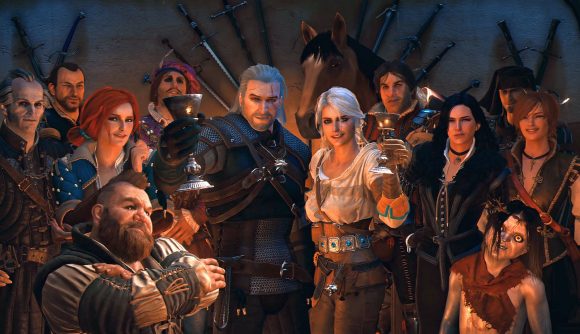 If you’re a fan of The Witcher 3, you’ll know the 2015 RPG doesn’t feature a cooking mechanic, as such. Sure, you can feast on some pre-prepared and toasty treats to keep Geralt’s strength up, like baked potatoes, mutton stew, and the slightly dubious-sounding “fried meat”, but you’re going to have to chow on anything you’ve harvested in your travels raw. That is, until now, thanks to Nexus44mag’s new mod, which lets you prepare a bunch of “lore-friendly” dishes in the game.

The excellently titled ‘Geralt, The Master Cook’ mod adds a selection of meals to the RPG game’s alchemy system, meaning the White Wolf can lovingly prepare some tasty dishes that are in-keeping with the Witcher universe’s backstories and traditions – if you track down the recipe books, that is.

There are currently five recipe books to collect from around the open-world game’s map, each attributed to a different character and inspired by the Witcher kitchen wesbite, which teach Geralt how to cook some tempting fare. However, the modder says they’re keen to add more in the future.

The recipes are as follows: Mahakam potato soup, Lambert’s Dumplings, meat and onion soup, Yarpen’s Medicine, and Dandelion’s Stew. To make these new delicacies, you’ll also need to track down various new ingredients, such as flour and Zerrikanian spices, which the mod also makes available in-game. 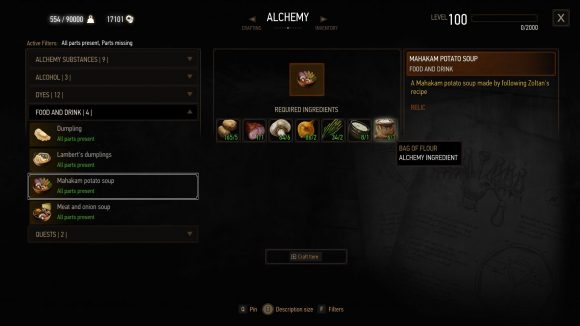 Nexus44mag’s mod also streamlines the cooking process with some great looking ingredient and meal icons that appear right at home in the game’s menu.

You can find the mod on Nexus here if you’re keen to give Geralt the option of becoming a gourmet chef as well as a pro monster slayer. As ever, be sure to follow the modder’s instructions to get it running smoothly, and mod at your own risk! Also go take a look at our list of the best Witcher 3 mods out there if you’re tempted to tinker with your game a little more.