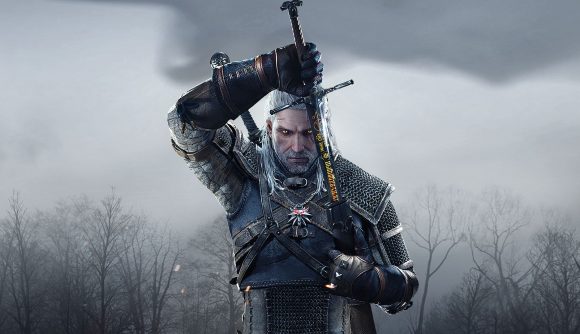 Crossover mods are nothing new for the best PC games, but they have always been a crowd favourite within the modding scene. Past highlights include Shovel Knight’s armour and weapon in Dark Souls, a portal gun in Fallout 4, and even Grand Theft Auto’s CJ making an appearance in Resident Evil 2 Remake. If these mash-ups sound like your cup of tea, then this new mod that mixes Skyrim with The Witcher 3 might be of interest to you.

The new mod for The Witcher 3 created by Milckywayy titled ‘Skyrim Daedric Greatsword’, as the name suggests, adds the iconic Daedric Greatsword from, you guessed it, Skyrim. They don’t mess about, these modders, do they? The mod allows Geralt to purchase the demonic-looking weapon from three locations around the game world: “Hattori’s home, ofieri merchant, and grandmaster smith in Toussaint”, the modder explains.

So, for all of you Elder Scrolls fans, this probably won’t quench your ever-present thirst for Elder Scrolls 6 release date news, but it may provide a fun distraction during your journeys through Velen and Skellige.

The modder also explains that the sword’s damage is scaled to the player’s current level, meaning you can acquire the finely-crafted blade at any point, no matter how much progress you’ve made towards taking down the Wild Hunt. The mod is also compatible with New Game+, so even you Witcher veterans can get in on the action. 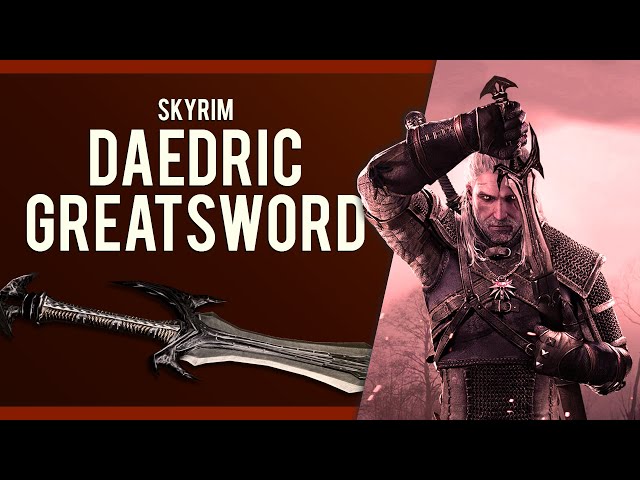 If this crossover sounds like it’s worth a stab, you can find the Daedric Greatsword mod on Nexus here. Feel free to take a look at our handy list of the best Witcher 3 mods if you’d like to delve deeper into this particular rabbit hole.