Depending on how you play him, Geralt of The Witcher 3 gets about. It seems many of the sorceresses and female folk of the RPG game’s sprawling open world simply can’t resist the monster slayer’s rugged charms, and there are plenty of opportunities for steamy scenes. However, there’s now a way to chart a more monogamous path through the game, thanks to a mod that ejects his various lovers from their sex scenes and pops Yennefer into their place.

Julia Barcelos’s ‘Swap main romances to Yennefer’ mod boots out the big names from Geralt’s various quest-related romps over the course of the game, such as Yen’s primary rival for the Witcher’s affections, Triss Merigold. It also ejects Skelliger Jutta an Dimun, sorceress Keira Metz, and Madame Sasha, as well as Shani from the open-world game’s Hearts of Stone expansion and Syanna from the Blood and Wine expansion – all in favour of Geralt’s true love, Yen, instead. Yeah, I said it.

The modder says that the mod replaces character models with Yennefer in quest-related romantic encounters only, so any grubby trips Geralt takes to a brothel will appear as normal, and there’s no nudity, either – Yen sports her undies, instead.

While the mod might be a little off-piste in terms of The Witcher 3’s narrative canon, making Yennefer pop up in all kinds of scenes and moments she’s not technically in, it sounds like an excellent option for those who fall down on the raven-haired sorceress’ side in the eternal Yen versus Triss debate. 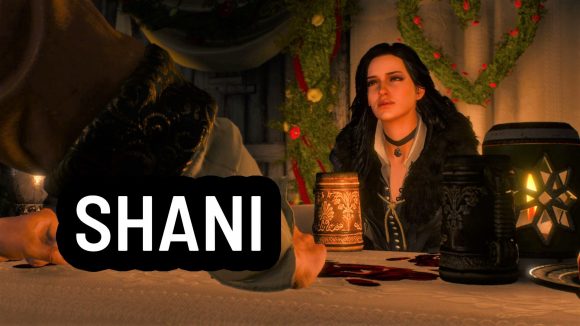 If you’d like to supplant Geralt’s various lovers with Yennefer, head to Nexus Mods here to grab Julia Barcelos’ creation. As ever, mod at your own risk! And be sure to take a look at our rundown of the best Witcher 3 mods out there if you’d like to tinker with your game some more.