A Zelda-style pixel art action-RPG with monster hunting contracts, conspiratorial pirates, crafting, treasure hunting, and shipfaring? Sign us all the way up. Ocean’s Heart is an upcoming PC game from publisher Nordcurrent and developer Max Mraz. So far, it’s ticking all the boxes, plus a few more boxes we never knew existed, possibly because those darn sneaky pirates went and buried them. Yarrr.

Chances are, you might already be familiar with developer Max Mraz’s previous work. They’re the mind behind the gorgeous pixel art and charming Zelda-fication of Bloodborne in Yarntown. Some of that soulsborne DNA may well have carried over, too. One of the creatures in the preview screens is part Witcher 3’s leshen, part Bloodborne’s cleric beast. Encountering outlandish and inventive creature designs is always a huge joy in pixel art games, and Ocean’s Heart looks like it delivers with aplomb.

Protagonist Tilia’s adventure will involve travelling the wilderness, taking on monster fighting contracts, discovering powerful artefacts, and, perhaps most intriguingly, unravelling pirate conspiracies. Pirates aren’t generally known for their ability to play intricate games of 4D chess, as evidenced by their habit of marking all their secrets with a giant X, so this sounds captivating. 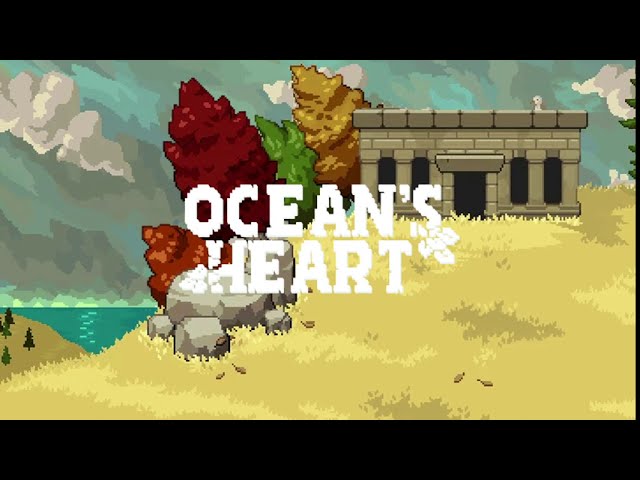 Ocean’s Heart is currently listed as “coming soon” on its Steam page. Until its launch rolls round, Immortals Fenyx Rising may fill the PC’s Zelda-shaped hole. Or, if you’re in the market for iconic crossovers between Zelda and PC gaming, why not read up on what Deus Ex creator Warren Spector thought of Zelda: Breath of the Wild. It absolutely counts as an immersive sim, don’t you know.