There is no videogame protagonist more venereally blighted than Geralt, because there is no game more sex scene laden than The Witcher 3, a game that features roughly seven hundred thousand women for you to kiss on the face, hips, elbows and bum, as per how sex works.

It’s an epic open world RPG that allows you to indulge in that most primal of male hetero-fantasies, the full sex. About time!

Look, I won’t mince words, we’re all grown ups here. I’m talking about shlooping your boopy doodle into a hot wang-tangle of womanly frumph, and no mistake. So here, presented to you by PCGamesN’s in-house sex expert, are the seven weirdest sex scenes in The Witcher 3. Don’t bother trying to unlock them by running around the women in circles casting spells either, because they don’t exist outside of my brain. 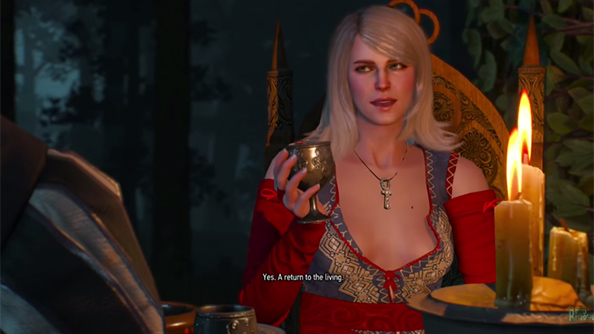 As our hero enters Kiera’s nightly chambers his clothes are violently whooshed off him from top to bottom, as if he’s stepping through a human-sized Dyson Airblade. Inside the room, Kiera is already naked and rolling around on the bed, laughing and slapping all of the pillows seductively. Her boobs look like a pair of clementines painted the colour of eggs.

“Come to bed,” she mews, throwing three dozen pillows into the air, “come to the pillows that are my bed.”

“Okay,” mews Geralt as, still several metres away from the bed, he flops limply to the floor like a big ragdoll. “Did I get it, are we having sex?”

“No, you’re not even close, why did you do that?” mews a disappointed and confused Kiera. “This isn’t sex at all.” 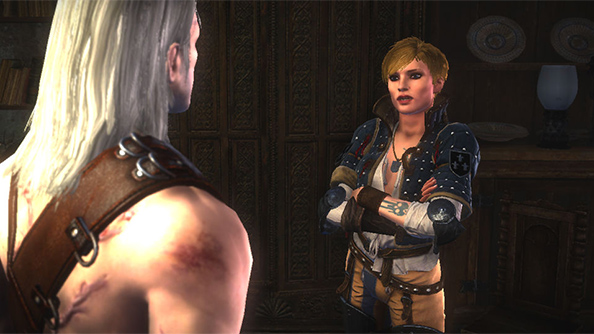 While alone in his bed every night, Geralt is visited by the treacherous nymph Grabalda, who sneaks in through an open skylight and lowers herself on to Geralt like a big spider or one of those claws in a claw machine at the fairground.

“Give me a kiss,” rasps the naked Grabalda. Her boobs look, feel and sound exactly like two bright pink balloons. She presses them into Geralt’s thighs while dangling her legs over the side of the bed, until she soon tires of this sex move and falls backwards on to the floor, her limbs flailing about like an those of an upturned crab.

“Grabalda!” she hisses, before righting herself and slithering out between the gap between the door and the floor. 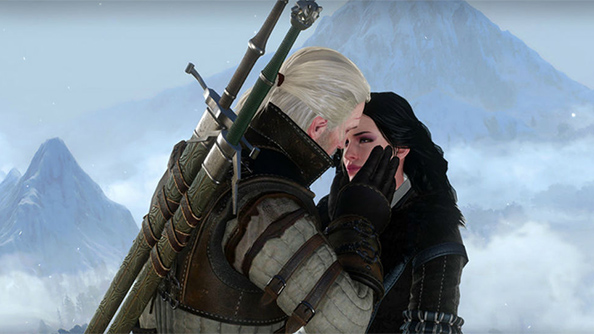 Geralt is lying fully bum-naked in the long grass, surrounded by miles of pristine countryside. Meanwhile Yennefer burns through the sky like an out of control space probe, rocketing through the upper atmosphere towards our hero at speeds of over four hundred miles per hour.

A deafening boom splits the air as she breaks the sound barrier, accelerating faster and faster towards the earth. Her boobs are hard and rigid and composed of a grid-like structure that allows her some degree of aerodynamic control at low altitudes. She uses them with expert precision to correct her trajectory as the distance between the two soon-to-be-sex-having people rapidly closes.

“Are you ready to have the sex?” she howls as she bursts through a large cloud, still cowled in a long arc of intense flames.

“What?” says Geralt, unable to hear a word she is saying. Seconds later Yennefer smashes into a nearby mountain. The impact sends a ferocious shockwave across the landscape that obliterates them both. 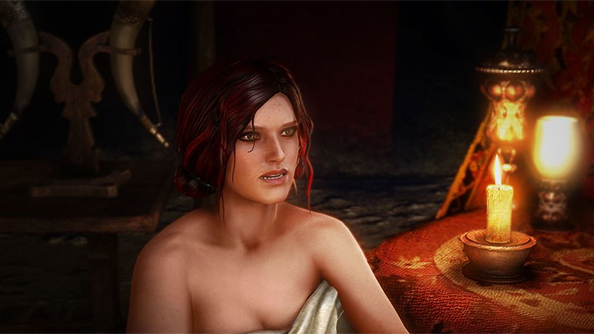 A naked Geralt reclines on a bearskin rug, covered head to toe in hundreds of numbered sticky post-it notes. Triss stands over him, her boobs looking like two Michael Stipes have submerged themselves up to the eyebrows in the pink slime from Ghostbusters 2. She rolls a pair of dice to decide which of the post-it notes may be removed from our hero’s oily man-body, but after several hours and as a result of the inherent limitations of dice, she has only managed to remove the post-its that are numbered between two and eighteen.

Frustrated that she has revealed only a small area of Geralt’s forearm, Triss defiantly reaches to peel off note number 78: the tempting yellow square obscuring the ruder of Geralt’s two nuts.

“No!” barks our hero, slapping her hand away. “Stop it, that’s not how the rules work. You’re ruining my game.” 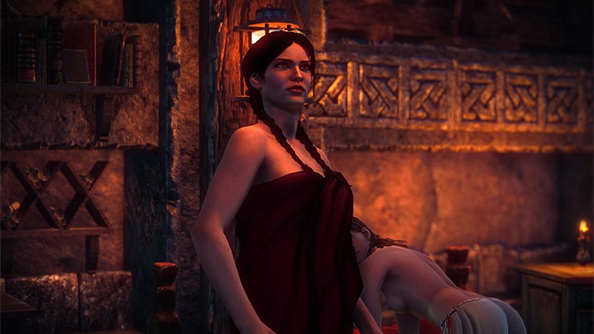 Lady Bronzo winches up her lacy ballroom gown by several inches, revealing two pillar-like shins that reflect the moonlight in the otherwise dark pantry. Her boobs look like a letter ‘W’ made of out of meat. She crouches slightly and her lips skitter up and down her teeth as she shrieks her insectoid sex call at Geralt, who thunders into the room at the sound of it.

“Bronzo,” he exclaims, “I came as soon as I heard the lusty chattering of your woman’s mouth.”

Bronzo says nothing as she raises her arms above her head and slithers downwards out of her clothing. She writhes like a fleshy, wingless butterfly sliding out of her linen chrysalis as the room fills with a peculiar odour. Her rigid and starchy dress remains upright without her inside of it, and it stands there now acting like a sexy decoy.

“I’m over here now,” growls a satisfied Bronzo as she reappears nakedly from a shadow in the opposite corner of the room, before Geralt can even react to the situation.

“Hold on, what’s the point of the decoy then?” he asks.

“Ahhh, pfhshfhh,” Bronzo seethes, “get out I need to start again.” 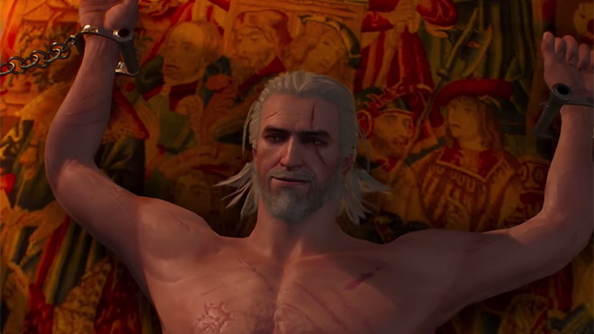 The arch-wizardress Brangus polymorphs too near to a wall during this harrowing sex scene, transforming herself into a horse that’s fatally materialised midway through the bedroom’s wattle and daub exterior.

Her delicate, organic horse flesh violently melds with the clay and wood, and her agonising and noisy death lasts several hours as her molecules are torn asunder on the quantum level. This is arguably the worst sex scene in the entire game. Brangus’s boobs look like her shoulders have cried out two big teardrops made of flesh. 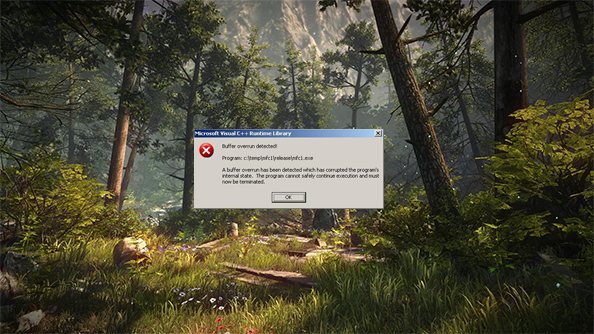 “Watch this,” giggles Yessica as she plants herself in the ground like a seed, only to emerge the next season as a sapling that over the following three decades grows into a really up-for-it-looking oak tree, whose boobs resemble two family-sized Ferrero Rochers.

Geralt sighs for a solid seven hours as he produces gallon after gallon of sex liquids that eventually cause a buffer overflow and crash the game.