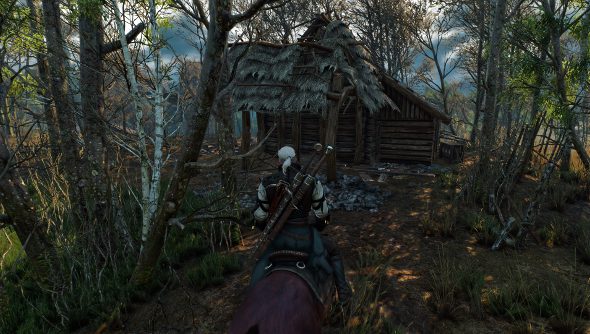 The Witcher 3 launched this week, with CD Projekt Red opening up the gates of its intimidating, huge open world. Despite an extended period of bug stomping and a day one patch, it’s not just monsters that plague the Northern Kingdoms; there are plenty of bugs as well.

We’ll be posting major launch bugs here, and updating them with fixes as they crop up, so keep checking back if you find yourself beset with issues.

Update 22/05: Another patch, bringing the game to 1.03, has made the game significantly more stable, as well as allowing more fine control over graphics options. However, crashes are still being reported left, right and centre, caused by all manner of things from getting out of the water to checking Geralt’s inventory. Have you lovely lot encountered more problems since you updated the game?

Players are reporting crashes, endless loading and freezes, the latter of which I’ve had trouble with myself. Ultimately, it’s likely you’ll have to test more than one solution, and there are quite a few of them.

The freezes that plagued my game were peculiar in that, sometimes, inputs were still recognised. The audio continued, both music and ambient, and on a couple of occasions where I pressed escape after the game froze and then alt-tab, the screen would change to the main menu, but would still be frozen.

Solutions include rolling back the Nvidia driver, which is a common solution and the Nvidia update is believed to be the source of several problems. I didn’t attempt this, however, and instead fiddled with the in-game settings. I found that changing the frame rate limit from 60 to unlimited completely fixed the problem. I made the change yesterday, and have played for 10 hours without a single crash or freeze.

If that doesn’t help, then certainly see if rolling back the Nvidia driver does. It seems to have fixed a lot of problems that others were having.

If you’re crashing to desktop, GOG has put together a list of possible solutions that you might want to try. Most of them are bog standard, like check that your PC can run it first or update your drivers, but the post also suggests that there might be issues with GOG Galaxy and anti-virus software not playing nicely with it.

Some players have had a bit of luck with fixing the crashes by going into the Nvidia control panel (if you have an Nvidia GPU) and changing the power settings to maximum performance.

It’s also worth checking display options, as well. For some reason, the game defaults to borderless window mode, which appears to be causing some crashes. Switching it to fullscreen has, in some cases, stopped the crashes. Also, play around with the graphics settings. HairWorks and foliage distance are performance hogs and you might want to turn them down and see if that improves things.

Check PCGameBenchmark to see how well your PC matches the Witcher 3 system requirements.