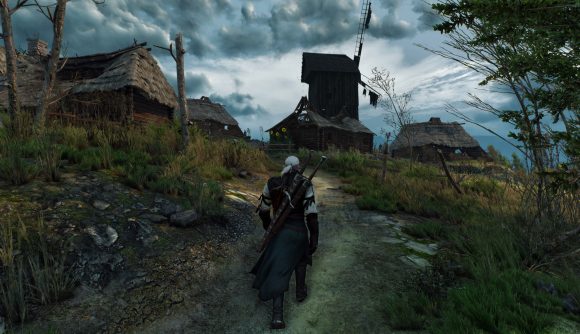 Someone felt the need to personally thank their local Polish embassy for The Witcher by leaving a sign outside for all to see.

The placard, as shared by the US Embassy of Poland, says “Thank you Poland for The Witcher”. The tweet calls it a “pleasant surprise” and states they’re glad whomever it was enjoys The Witcher too.

Polish people should be proud of The Witcher – it’s become a beloved gaming series with millions of players and a huge worldwide fanbase. The Witcher 3: Wild Hunt is a gold standard RPG and CD Projekt has continually done its country proud in both the construction of the game itself and the way it handled post-release content. Famously, 16 pieces of DLC were given away for free, only the more substantial packs, Hearts of Stone and Blood and Wine, which were almost sequels in themselves with how much gameplay they offered, coming with a price-tag. In a world of micro-transactions and loot boxes, CD Projekt are a bastion of ethical business models.

Now, The Witcher is set to attract a whole new audience with the upcoming Netflix show starring Henry Cavill. The first season is set to premiere sometime later this year and going by the first trailer it won’t have a problem pleasing Witcher die-hards the world over.

Pleasant surprise in front of our Embassy. Glad you like The #Witcher from 🇵🇱 too! pic.twitter.com/F5tBw4jsrx

The series has come a long way from the pages of original author Andrzej Sapkowski, and Geralt’s journey is far from over.

If you’d like to formally thank the country of Poland for all this lovely work, you can do so at your local embassy – just make sure to be polite about it.