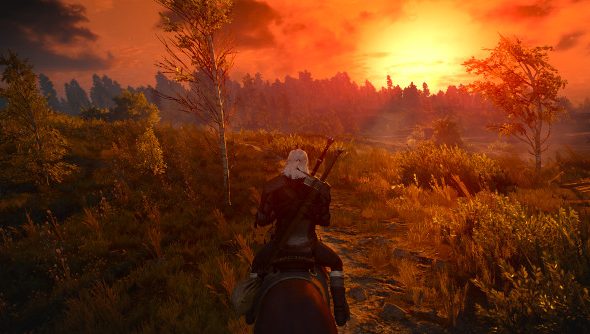 The Witcher 3 launches tomorrow, and it’s all very exciting. You’ve probably noticed a lot of reviews knocking about the place, and maybe you’re wondering where ours is. Here’s the problem: PS4 review codes were the only ones being sent out until very recently.

CD Projekt Red have apparently been working on the PC version until the 11th hour, which is why you won’t see any PC reviews out there, in the wilderness, or here in PCGamesN. I do have a code now, however, and I can tell you what our review plans are.

Without altering the laws of the universe, I won’t be finished with The Witcher 3 tomorrow, when it launches. But I will be posting the first part of my review in progress. I’d hoped to post the first part today, but without the day one patch, it’s quite buggy, and might not be representative of the launch version of the game. Since the first part of my review in progress will be a short, technical review (not unlike our Port Reviews), I’m going to need to wait for that patch.

Here’s where I’m at right now: I’ve played through the tutorial and explored the entirety of the first post-tutorial region and defeated my first boss monster. I’ve encountered some issues, but none that I wasn’t forewarned about by CDPR, so they’ll likely be sorted by the day one patch.

So far, I’m extremely impressed. The world is stunning and well-realised, brimming with incidental characters with interesting backstories and elaborate quests. The highlight has been, of course, Geralt’s beard, however.

Throughout the week, I’ll be updating the review in progress, and I’ll be posting my final review on next week, giving me a week to get right into the game’s lovely nooks and crannies.