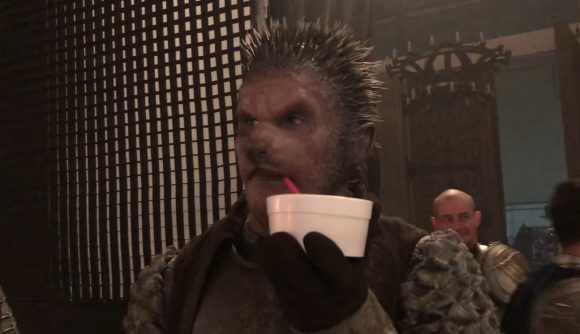 The Witcher landed on Netflix last month, and by most accounts it’s a hit – and you can partly thank the show’s impressive use of stunt work and practical effects for helping it stand out among a sea of digitally enhanced fantasy shows. Stunt department coordinator Lucy Unger has been providing an unofficial look behind the scenes of the show, and the results have been delightful.

The videos cover the proper blooper reel goofs, like a dancing striga and cursed Duny sipping from a modern beverage, but the best bits are the looks at the planning, preparation, and execution of the bigger stunts. Like in the big battle scenes toward the end of the series – minor spoiler warning, obviously – where we see the explosions, fires, and stunts get mapped out and executed.

Let me tell you, there are few thoughts more horrifying than being the stunt guy who gets set on fire and has to wait for somebody to shout “kill! kill!” before the extinguishers come along. But the results speak for themselves – as we hear at one point in the video, “this is fucking beautiful.”

Check it out for yourself below (via Polygon).

We’ve heard plenty about the show over the past handful of weeks, including what the original season 1 ending would’ve looked like and why Ed Sheeran has been banned from participating in The Witcher. One of the best RPG games out there is getting a whole lot of fresh interest thanks to all this.