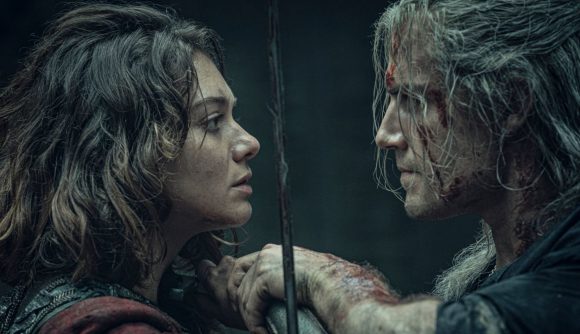 If you’re a fan of Netflix’s The Witcher show, you’re in luck – there’s a brand-new series based on the universe created by author Andrzej Sapkowski on the way. Titled The Witcher: Blood Origin, the “spin-off” series has just been announced on Twitter, and will explore the world of the Witcher over a millennium before Geralt of Rivia’s time.

As revealed by NXonNetflix and The Witcher show’s Twitter channels, the upcoming show will be a “six-part live-action The Witcher spin-off series from Declan de Barra and Lauren Schmidt Hissrich”, with Hissrich being the executive producer and showrunner of Netflix’s The Witcher. “1200 years before Geralt of Rivia, the worlds of monsters, men, and elves merged into one, and the first Witcher came to be,” the tweet gives as a synopsis.

Additionally, Hissrich has tweeted about the show, saying it’s “been the toughest secret to keep!” and that she’s wanted to delve deeper into the “myth and lore of the Continent” for a long time. Plus, it sounds like the author, Sapkowski himself, is involved in the show in some way, too.

One user has asked whether he’s involved, to which Hissrich has confirmed, “Hell yes”. It’s not clear to what extent he might be linked to the show’s production just yet, though.

Ever wondered how the first Witcher came to be?

Announcing The Witcher: Blood Origin, a 6 part, live action The Witcher spinoff series, set in the 1200 years prior to its story. Brought to you by Declan de Barra and Lauren Schmidt Hissrich. https://t.co/He0LIILHbv

Declan de Barra has also been involved in the existing The Witcher show, writing the fourth episode of season one, ‘Of Banquets, Bastards, and Burials’, and is reported to be writing for the second season, too, according to Redanian Intelligence.

Sapkowski on #TheWitcher – Blood Origin: "It's wonderful how, as in the original plan, the world of the Witcher is growing bigger." https://t.co/TlYqmKWbXr

Beyond these details, there’s little revealed about the show just yet, but hopefully we’ll hear more in the not-too-distant future. Whether we’ll get to see it hit our screens any time soon is also a little up in the air right now, given The Witcher season two was shut down due to the outbreak of COVID-19, though it looks like it’s starting up again now, so fingers crossed we’ll be able to jump back into the world of The Witcher(s) soon – especially as there’s also that animated Netflix The Witcher movie on the way, too. Lovely.