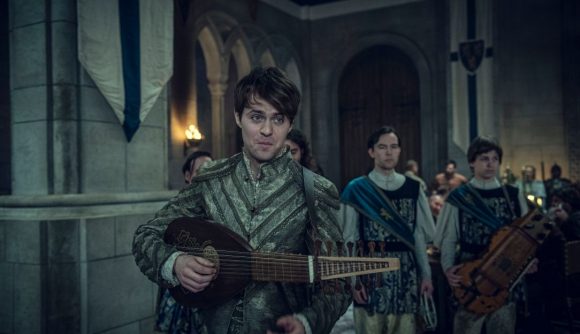 Toss a coin to your Witcher, because despite some negative critical reviews, the show is a bona fide hit with audiences. Netflix’s The Witcher is currently the third most in-demand original series by a streaming platform in the US, behind Stranger Things and Disney’s The Mandalorian.

Business Insider reports on data provided by Parrot Analytics that show The Witcher’s popularity as measured by “desire, engagement, and viewership of a series weighted by importance,” which essentially means that Parrot has its own in-house formula for determining a show’s popularity using several key indicators as metrics. According to that algorithm, The Witcher is proving to be an audience favourite.

There’s been a marked split in critics’ and audiences’ reactions to The Witcher. As you can see from our roundup of Witcher review scores, several outlets panned the series, with Entertainment Weekly awarding it an “F” and calling the show “nakedly terrible.” But viewers have taken to social media to share their enthusiasm for the show, and Jaskier/Dandelion’s “Toss A Coin To Your Witcher” lyrics have become something of a meme.

For showrunner Lauren Hissrich, the reaction that matters more is clearly the one from the audience.

“Many people have sweetly written me, upset about the Witcher reviews,” she wrote on Twitter the day after the show premiered. “Know this: Who do I care about? ‘Professional’ critics who watched one episode and skipped ahead? Or REAL fans who wanted all eight in one day, and are starting their rewatch?”

Many people have sweetly written me, upset about the #Witcher reviews. Know this:

Who do I care about? "Professional" critics who watched one episode and skipped ahead? Or REAL fans who watched all eight in one day, and are starting their rewatch?

“I am fucking THRILLED,” she concluded, with a wink and a heart.

We’ll definitely be seeing more from Hissrich and the cast of The Witcher, as Netflix has already renewed the show for a second season. The real test will be what happens after that: As Business Insider reported earlier this year, Netflix often cancels new shows after two (or sometimes) three seasons. But if The Witcher retains this high level of interest, it stands a decent shot at breaking that trend.